On an island in the Arctic Ocean, deep inside a permafrost mountain, we find a treasure trove of food-plant seeds: the Svalbard Global Seed Vault.
LA Dahlmann | talk NORWAY 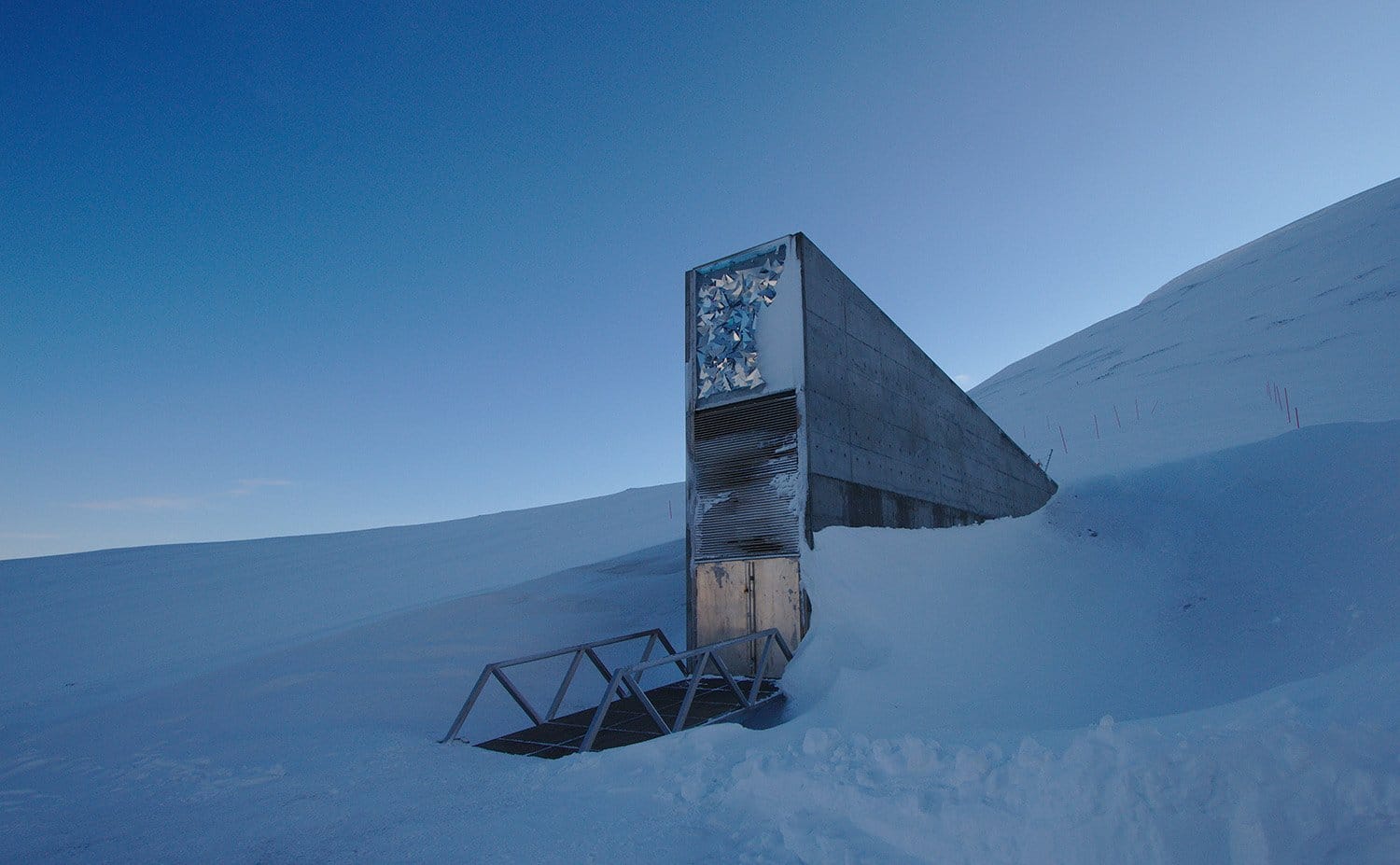 The majestic Svalbard archipelago – part of the Kingdom of Norway – rises like a frozen oasis from the Arctic Ocean, midway between mainland Norway and the North Pole. Since time immemorial, Svalbard has been a magnet for explorers and hunters. With its permafrost and challenging conditions, it is home to only the hardiest of creatures. Among them are the polar bear and the unique Svalbard reindeer. It is here, within the bowels of this permafrost landscape, that we find the Svalbard Global Seed Vault, a botanical treasure trove. It is not a treasure of gold and silver, but of food-plant seeds, deposited from all four corners of the world.

The purpose of the Svalbard Global Seed Vault is to store duplicates of seed samples kept in national, regional, and international gene banks across the globe. This central facility ensures a back-up, should any of the local samples be destroyed.

A few times a year, the vault is opened for additional batches. The seeds are flown in, catalogued, and stored in designated locations. As per today, nigh on 1 million seed samples of our planet’s most important food-plants are kept here. The samples remain the property of the gene banks that deposit them.

The Svalbard Global Seed Vault was established in 2008, and is fully funded by the Norwegian government. The operational responsibility is assigned to The Ministry of Agriculture and Food. The ministry coordinates the vault’s daily operations with the Nordic Gene Resource Centre and the Global Crop Diversity Trust.

The underground facility stretches deep into a Svalbard mountain. The safety of the seeds is ensured by the thick layer of rock surrounding them. The vault’s temperature is artificially kept at minus 18 degrees centigrade. But even if the electricity should fail, Mother Nature will keep the seeds naturally frozen at minus 5 or 6 degrees. There are three identical, separate rock vaults.

Each seed sample consists of around 500 seeds, sealed in airtight aluminium bags, which again are stored within sealed boxes. The boxes are placed on high shelf racks inside the vaults.

Check out the type of seeds

If you would like to know more about the type of seeds stored at the Svalbard facility, you can find further details on the Svalbard Global Seed Vault’s portal. We leave you with these words from the Global Crop Diversity Trust: “Worldwide, more than 1,700 gene banks hold collections of food crops for safekeeping, yet many of these are vulnerable, exposed not only to natural catastrophes and war, but also to avoidable disasters, such as lack of funding or poor management. Something as mundane as a poorly functioning freezer can ruin an entire collection. And the loss of a crop variety is as irreversible as the extinction of a dinosaur, animal or any form of life.”

Kløvhest | means packhorse in Norwegian | Norway
Kløvhest is a Norwegian noun that means packhorse. Well into our own time, the Norwegians used horses to help transport goods through a challenging landscape.