Strandsitter | is Norwegian for a beach dweller | Norway

In the coastal districts of the old Norway, a strandsitter was a beach dweller - who rented a small piece of land - but owned the house he built on it. His livelihood was usually connected to the sea. 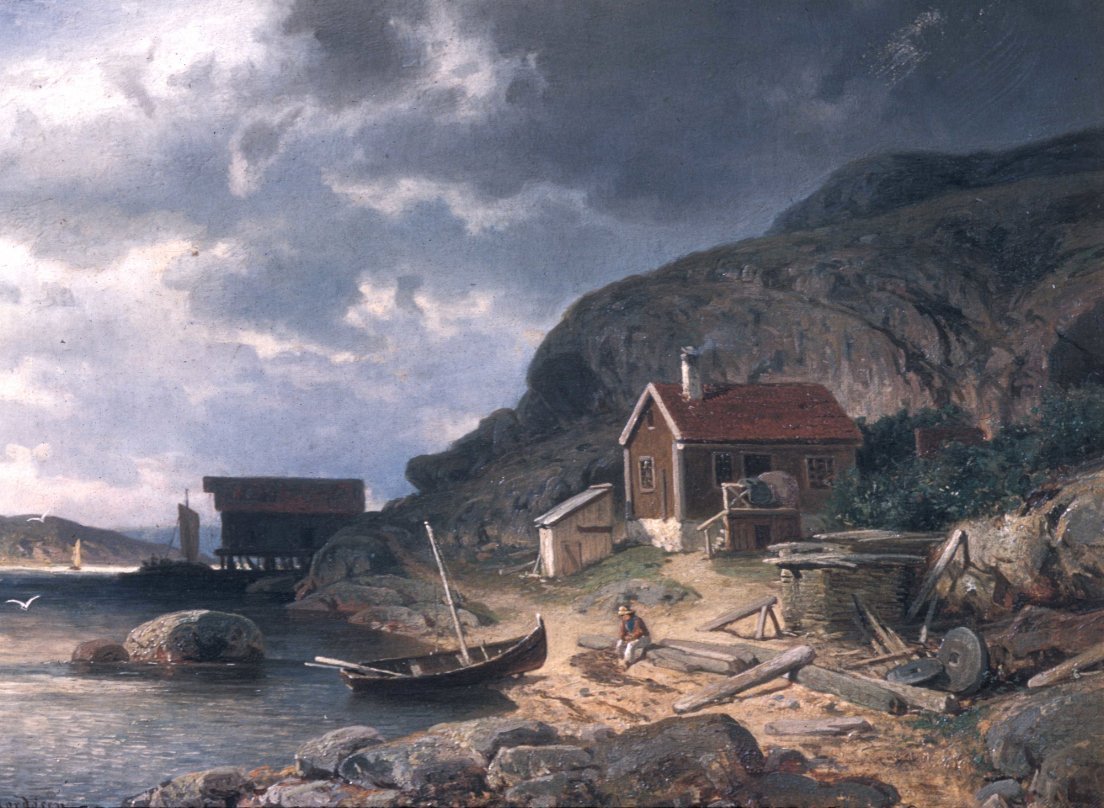 Throughout history, well into our own time, Norway was a society predominantly based on farming, fishing, and hunting. For the people living in the coastal areas, the sea was the main source of food and income. People lived in small communities or scattered across the landscape; on farms or in standalone cottages. At certain central locations, fishing stations and trading posts emerged. Here people could sell their fish and buy their necessities. Sometimes, these locations developed into villages, where also strandsitters lived.

In old Norwegian records and censuses, we often come across the title strandsitter. A strandsitter was a man who lived and worked in the coastal districts and usually had a profession connected to the sea. He was not a farmer, but someone who rented a small piece of land, on which he built a house that he owned, and that he lived in with his family. In English, we might call him a beach dweller. The strandsitter normally belonged to the lower layers of society, but with a direct access to the ocean, the beach dweller and his family rarely starved. However, the diet was often monotonous. As one coastal man remembered his childhood: for dinner, it was fish and potatoes – and – potatoes and fish.

The strandsitter was often a fisherman, but he could also be a sailor, a coastal pilot (los), a boatbuilder, a fish trader, a ferryman, a fishnet maker, a salt maker, a carpenter, a shoemaker, or have many other types of professions – or combinations thereof. A fisherman or a sailor, often left their homes for months at a time, leaving the wife to manage the family alone. Sometimes, they lost their lives on the big ocean, far away from home. It could be a vulnerable existence. In some records, a strandsitter was also called a husmann uten jord – which means a cotter without land.

A description of a beach dweller’s house

The early strandsitter houses were literally built on the beach or very close to the waterfront. Usually, the gable end of the house – the short end – faced the sea. Often, it was a two-storey log house, with two rooms on each floor. The chimney ran through the partition wall between the two rooms. One of the rooms on the ground floor served as a kitchen and had an open fire. The second room, a general living room, often had a metal stove that went through the wall to the kitchen, from where the fire was fed.

In earlier centuries, the walls and floors of the house were sand-scrubbed and unpainted. The living room often had a long table with long benches on either side. For storage, there might be a large corner cabinet and big chests. The two rooms on the upper floor did usually not have stoves, and had to make do with the heat coming up through the floorboards or off the chimney. Sometimes, there was a small hatch in the floor, allowing hot air to flow up from the downstairs rooms. The beds were usually fixed to the wall, and were wide enough for several people to share. The parents, the elderly, and the young children often slept in the living room on the ground floor.

At the side of the house, attached to the main log frame, there was often an inbuilt hallway. There you might find a steep staircase leading to the upper floor, and maybe a small room used as a pantry, a closet, or a privy. This section of the house had no heating. At the beginning of the 1700s, people started to cover the house’s outside walls with planks for improved insulation.

People dismantled their house when they moved

In the old Norway, it was common for people who did not own the land they lived on, to dismantle their house and take it with them when they moved. If they built a new house, they often sold the old one to someone else – who then moved it.

Kudos to the Norwegian strandsitters

The historical Norwegian beach dwellers were hardworking, knowledgeable, and honourable people. They may not have been rich in gold and belongings, but they most certainly knew the ocean and their land – and how to eke out a living. Kudos to the Norwegian strandsitters – of all times – and pride to their descendants – in all corners of the world.

END_OF_DOCUMENT_TOKEN_TO_BE_REPLACED

END_OF_DOCUMENT_TOKEN_TO_BE_REPLACED
Go to our homepage