Skibladner is one of the world's oldest paddle steamers still in regular service. She was launched in 1856, and sails on Norway's largest lake, Mjøsa. 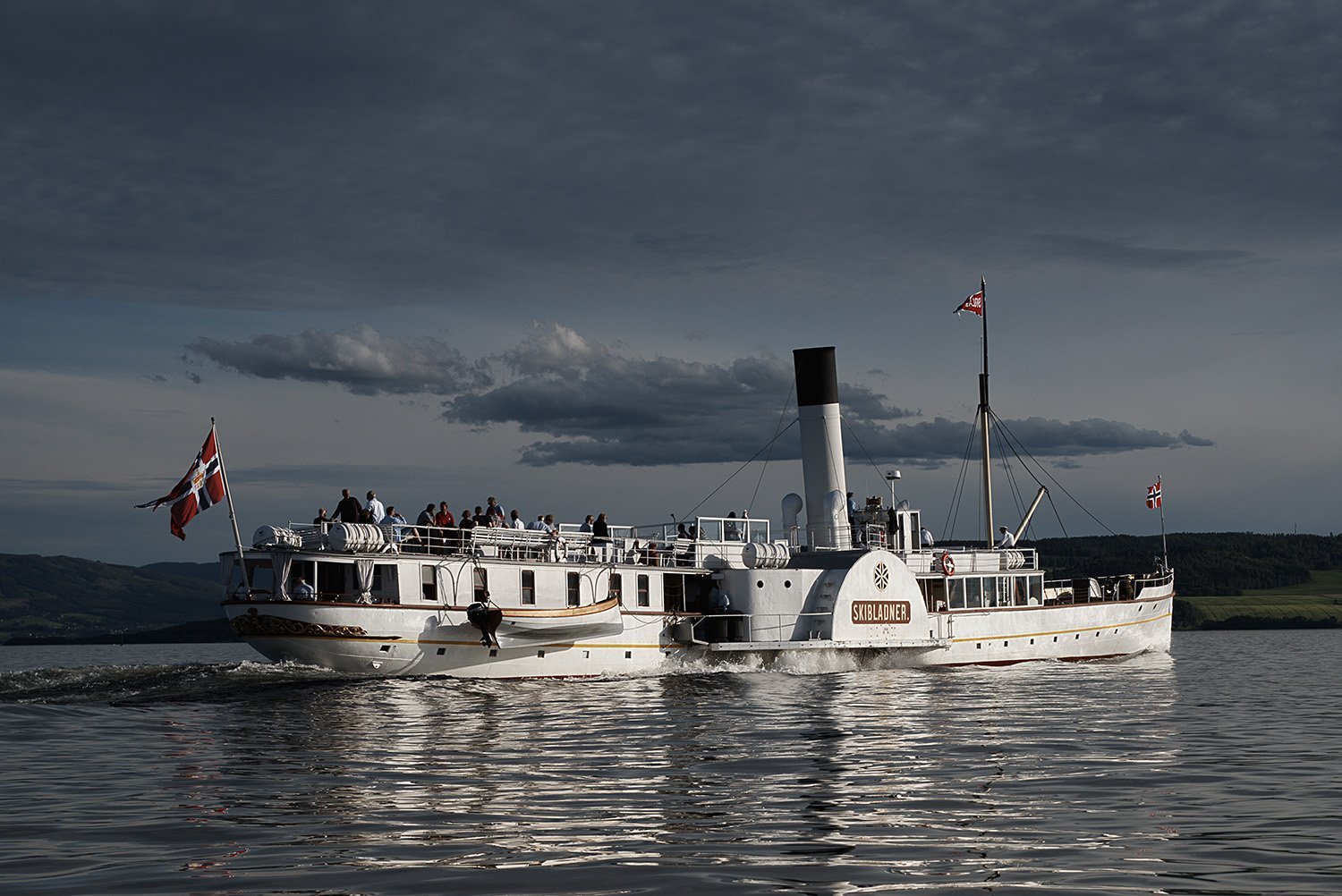 The mighty Lake Mjøsa stretches across the regions of Hedmark and Oppland, northeast of Norway’s capital city Oslo.

It is here, on this inland meltwater fjord, that Skibladner went on her maiden voyage in 1856, as both a passenger and a freight vessel. And she is still there.

The Norwegians know Skibladner as «Mjøsas hvite svane» – the white swan of Mjøsa. She is named after the ship of the old Norse fertility god Frey.

His was a ship that could sail both on land and on water, that always had a tailwind, and that could be folded and put into his pocket.

Skibladner is a name befitting this majestic vessel, with a history stretching more than 150 years.

Skibladner’s southernmost port, Eidsvoll, was and is a connection point to Norway’s first stretch of railway: the Oslo-Eidsvoll Line. The railway opened in 1854.

From Eidsvoll, the Skibladner sailed – and sails – as far north as to the Olympic city of Lillehammer.

Passengers and goods coming south, transferred to the railway and continued to the capital city of Oslo.

Skibladner’s early years coincided with Norway’s budding industrial revolution. With the steam engines, came a different kind of prosperity and change in society.

She has sunk twice

Lake Mjøsa fills with mountain-snow meltwater in spring and early summer – coming in from the rivers to the north. In winter, it is often covered by ice.

Through her many years in service, Skibladner has usually been berthed during the winter months. And it is during this period that she has sunk twice.

In 1937, she spent her winter at Minnesund. Large amounts of snow made her tip to the side, and water found its way in through an open valve. She sank quickly, and was barely visible above the waterline.

In 1967, she also sank when berthed for the winter at Minnesund. The vessel was not insured, but with the help of the Norwegian Army’s engineer corps, she was once again saved and restored.

Today, Skibladner’s winter home is a half-open boathouse at Gjøvik. We trust she is safe there.

As the years went by, more ships – and thus competitors – found its way to Mjøsa’s shores. The competition was tough – and Skibladner’s future was in dire straits many a time.

The railway was also extended and expanded – both on the west and east side of the lake.

However, the boats had one important capability that the railways did not have: they were able to connect the western and eastern sides of the wide lake. This may well be one of the advantages that saved them from disappearing altogether.

Today, PS Skibladner is mainly a tourist attraction, and runs between midsummer and mid-August. She has room for 230 passengers, and a crew of 16.

A trip with the Skibladner is pure history, and a journey back in time. At a pleasant pace, you travel through a beautiful, undulating landscape.

Imagine a warm and sunny day, with you sitting in a deckchair on the Skibladner, reading a book, or simply watching the world go by. Perhaps ready for some fine dining in her rustic restaurant.

If you are ever nearby, we recommend that you experience the wonders of this beautiful vessel. But book well in advance. Find more details on the Skibladner homepage. We wish you a bon voyage.

Did you see this one?
Queen Maud of Norway | her background and childhood years