Skårfast is a Norwegian adjective that means that a person or an animal is stuck on a steep mountain- or cliff-side shelf, and in need of being rescued.
LA Dahlmann | talk NORWAY 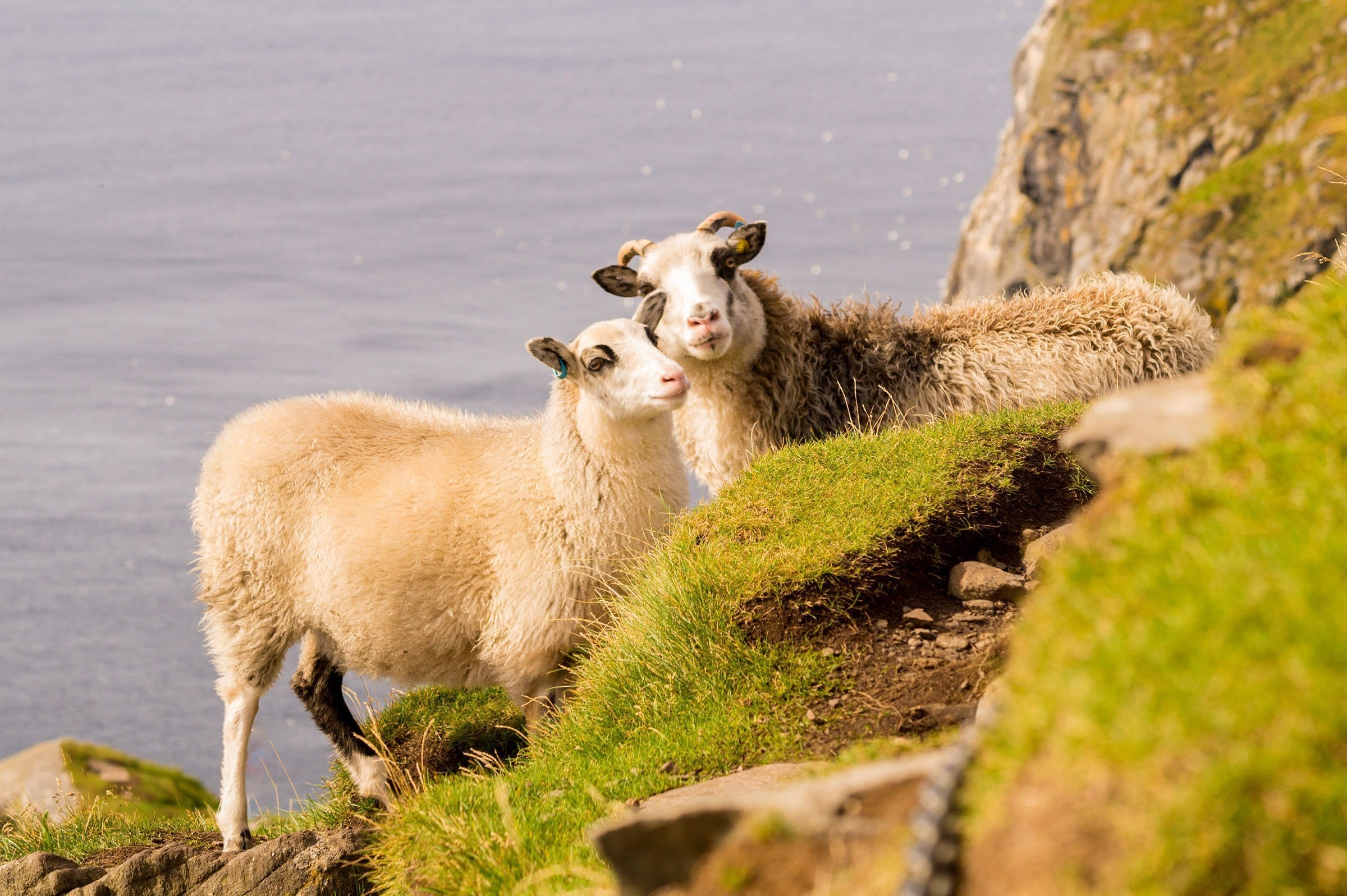 Are these sheep skårfaste - stuck on a mountain shelf? | © Jakob - stock.adobe.com.

A compound word made up of the noun skår and the adjective fast | adjective.

Skår: means in this context a steep mountain- or cliff-side shelf or crack.
Fast: means in this context to be stuck, as in unable to move away from the current location: å sitte fast.
Skårfast: means to be stuck on a steep mountain- or cliff-side shelf, unable to move either up or down, and in need of being rescued.

A land full of mountains and cliffs

Norway is a land full of mountains and cliffs, and every year, both people and animals get stuck on steep mountainside shelves when moving through the terrain. Somehow, they have managed to ascend or descend to a spot impossible to get away from.

In the olden days, unless someone was able to locate and help the poor souls, either by getting them down or up the mountain-side using ropes, or by being able to guide them off the mountain in some other way, they were doomed and often lost their lives. Sadly, this also sometimes happens in our own time.

Helicopters to the rescue

Today, mobile phones enable people to sound the alert, and they are often rescued by a helicopter lifting them to safety. Farm-animals who have gotten themselves into a pickle are also often air-lifted out, assuming they get spotted in time and are possible to reach.