Queen Maud of Norway | the secret of the queen’s coffin

In 1938, Queen Maud died unexpectedly during a visit to the United Kingdom. But what happened to her unentombed coffin when the Germans attacked Norway in 1940?
LA Dahlmann | talk NORWAY 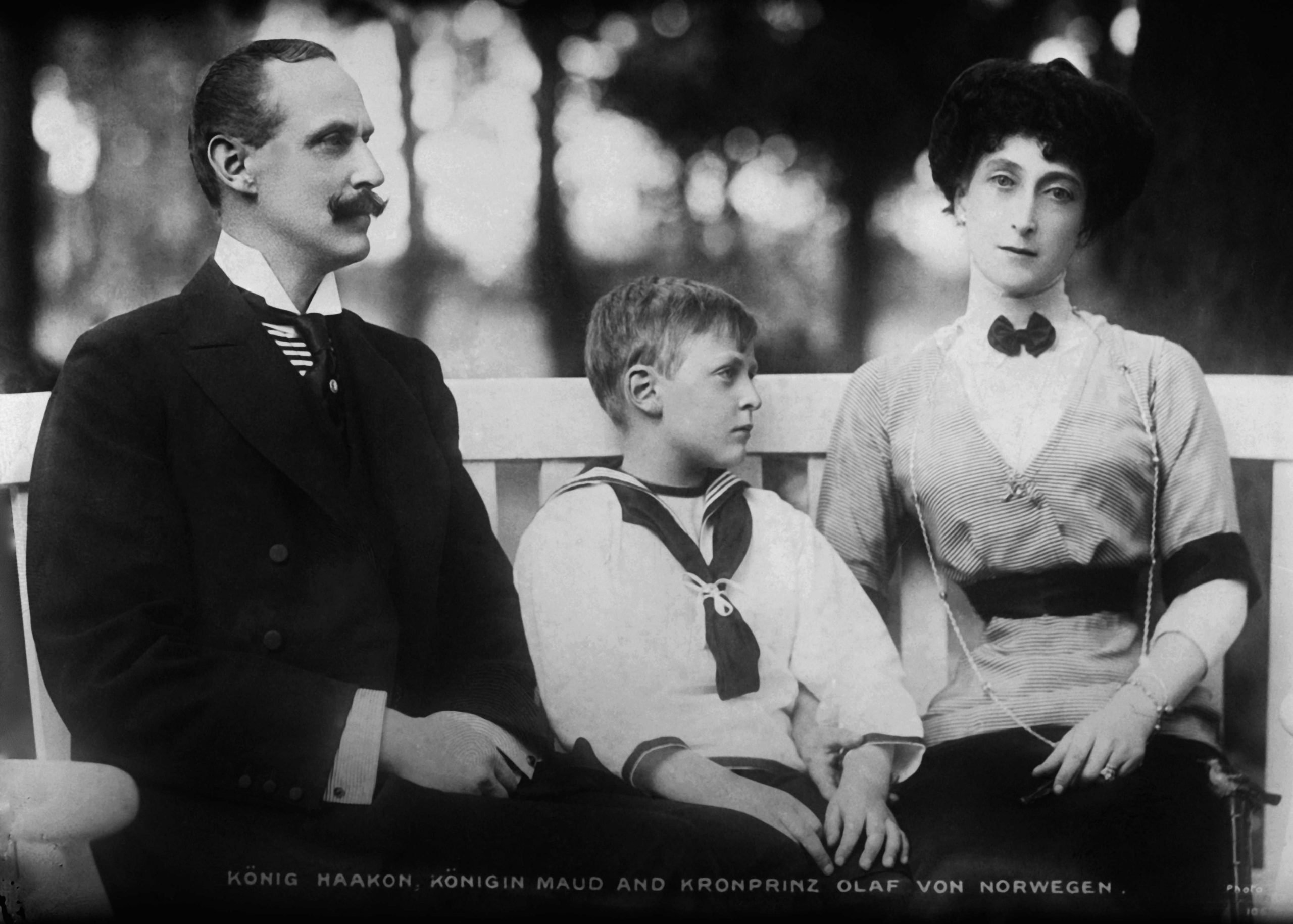 Norway was attacked by Hitler-Germany’s troops in the early hours of Tuesday 9 April 1940, and thus dragged into the Second World War. The Norwegian authorities seemed utterly unprepared for the sudden invasion, and the royal family and the country’s government quickly fled north to avoid capture.

Sixteen months earlier, on 20 November 1938, Norway had lost its first own queen consort in modern times: Her Majesty Queen Maud of Norway. The queen died unexpectedly whilst visiting her beloved homeland, the United Kingdom. She was 68. Left behind were her husband King Haakon, her son Crown Prince Olav, her daughter-in-law Crown Princess Märtha – and the queen’s three young grandchildren: the princesses Ragnhild and Astrid – and Prince Harald, Norway’s current king.

That the queen’s passing was unexpected is clear: Norway had not yet determined the location of a final resting place for the members of its modern-day royal family. It would take more than ten years before the queen was laid to rest in the current royal mausoleum at Akershus Castle in Oslo. During the intervening decade, the royal coffin had a rather unexpected journey.

Taken ill on a visit to Britain – the queen dies

It was during her annual visit to the United Kingdom, that Queen Maud got ill and was hospitalised. As soon as he heard the news, her husband King Haakon travelled from Oslo to London, via rail down the European continent and across the English Channel by boat.

At first, the Norwegian newspapers printed uplifting bulletins. In its evening edition on Saturday 19 November 1938, Aftenposten reported that the Queen’s condition was improving: pulse and temperature normal. The newspaper goes on to report that the queen had slept well through the night. Her pain had subsided considerably, and Her Majesty was in good spirits. The Queen’s lady-in-waiting, Ingeborg von Hanno, was with her at the clinic. King Haakon had by now arrived in London and had been visiting his wife during the day.

Sadly, it was not to last. In the early hours of Sunday 20 November 1938, the queen died in her sleep – and King Haakon had lost his partner and companion of 42 years. As referenced in Aftenposten Monday 21 November 1938, the King issued a statement later that same day: «When our great Lord now has taken The Queen away from me it is a heavy blow. But I understand that there is a higher reason and that a wise and loving force has made this happen, so as to spare The Queen any more suffering and a future weakened health». On Sunday 20 November, the news of the queen’s death went like wildfire through the Norwegian capital Oslo and the rest of the country.

The last return to Oslo and the funeral

A week later, on Saturday 26 November, on what would have been Queen Maud’s 69th birthday, the British battleship HMS Royal Oak – accompanied by two additional British destroyers – brought the queen’s coffin back to Norway. At the mouth of the Oslofjord, the ships were met by three Norwegian naval vessels, accompanying Her Majesty The Queen’s coffin up the fjord to the capital. It must have been a mighty procession – making a big impression on those who followed it along the coast as daylight broke.

The coffin was finally brought ashore at Honnørbryggen, and from there taken to the nearby Akershus Castle chapel, where it was to be held until the funeral. The funeral took place on Thursday 8 December 1938 in Our Savior’s church – Vår Frelsers Kirke – today called Oslo Cathedral.

After the funeral, the royal coffin was brought back to Akershus Castle and placed in the Margrethe Hall, awaiting the completion of a royal tomb. Opinions on where such a burial chamber was to be located were strong, and the Nidaros Cathedral in Trondheim was a location favoured by many. After much discussion, it was decided that the modern-day kings and queens of Norway were to be laid to rest in the country’s capital – in a mausoleum built in the midst of the solid Akershus Castle. This would give His Majesty The King a chance to visit his wife’s grave without having to travel half-way through the long-stretched Norwegian territory.

The royal coffin was still placed in the Margrethe Hall when Norway was attacked by Hitler-Germany on 9 April 1940. As the King and the rest of the royal family fled the capital, the queen’s coffin was left alone and unprotected. In the early days of the war, bombs were dropped nearby, and some damages were made. However, the Germans had not yet entered The Margrethe Hall. A senior member of the royal household, hoffmarskalk Peter Frederik Broch, and the bishop of Oslo, Eivind Berggrav, decided to move the coffin to a safer place.

On 19 April 1940, the queen’s coffin was secretly taken through the streets of Oslo. On Saturday 17 December 1949 – nearly ten years later – Aftenposten describes what happened on that day: «If a new bombardment should occur, the situation could become critical. Secondly, one would expect that the Germans – who at this stage had occupied the entire fortress – at any moment could enter the queen’s temporary resting place and find the coffin. The moving of the queen’s remains was initiated in secrecy. The bishop was given the keys to the hall by Akershus’ Norwegian commanding officer, and only Norwegians were present and assisted in the undertaking».

From Akershus Castle, the journey went to the Gamle Aker Church – the oldest standing building in modern-day Oslo: «The coffin was brought by car through the city streets without attracting any attention. In the crypt of Gamle Aker Church, an altar was built. On top of the coffin were the royal standard and the family wreath. Afterwards, the crypt was sealed off. Through the head of the royal household, hoffsjef Wedel Jarlsberg, at that time in the Swedish capital Stockholm, His Majesty The King was informed of the fact that Her Majesty The Queen’s coffin had been moved». The queen was left to rest alone in the dark and hidden tomb, and the future of her family was at best unclear. At that time, in April 1940, no one could know if the Norwegian royal family would ever return to its country and its people.

On 16 December 1949, more than eleven years after her death, Queen Maud’s remains were finally laid to rest in the mausoleum at Akershus Castle. On that day, the new royal burial chamber was consecrated by Bishop Berggrav, in the presence of the royal family, all having safely returned to Norway after the end of the war in 1945. In Gamle Aker Church we find a small memorial inscription, in one of the floor tiles, recalling that the church was once Queen Maud’s temporary resting place.

Today, Queen Maud rests with her husband King Haakon, her son King Olav and her daughter-in-law Crown Princess Märtha – in the beautiful but simple royal tomb at Akershus Castle. Every year, the burial chamber at Akershus Castle is visited by hundreds of visitors – most of them completely unaware of the queen’s long journey from her deathbed in London – to this place of eternal rest.