Norwegian to English | the best dictionary of them all? | Norway

Are you looking for a Norwegian-to-English dictionary that includes old-fashioned words and dialect words? Then Einar Haugen’s book is your best pick.
LA Dahlmann | talk NORWAY 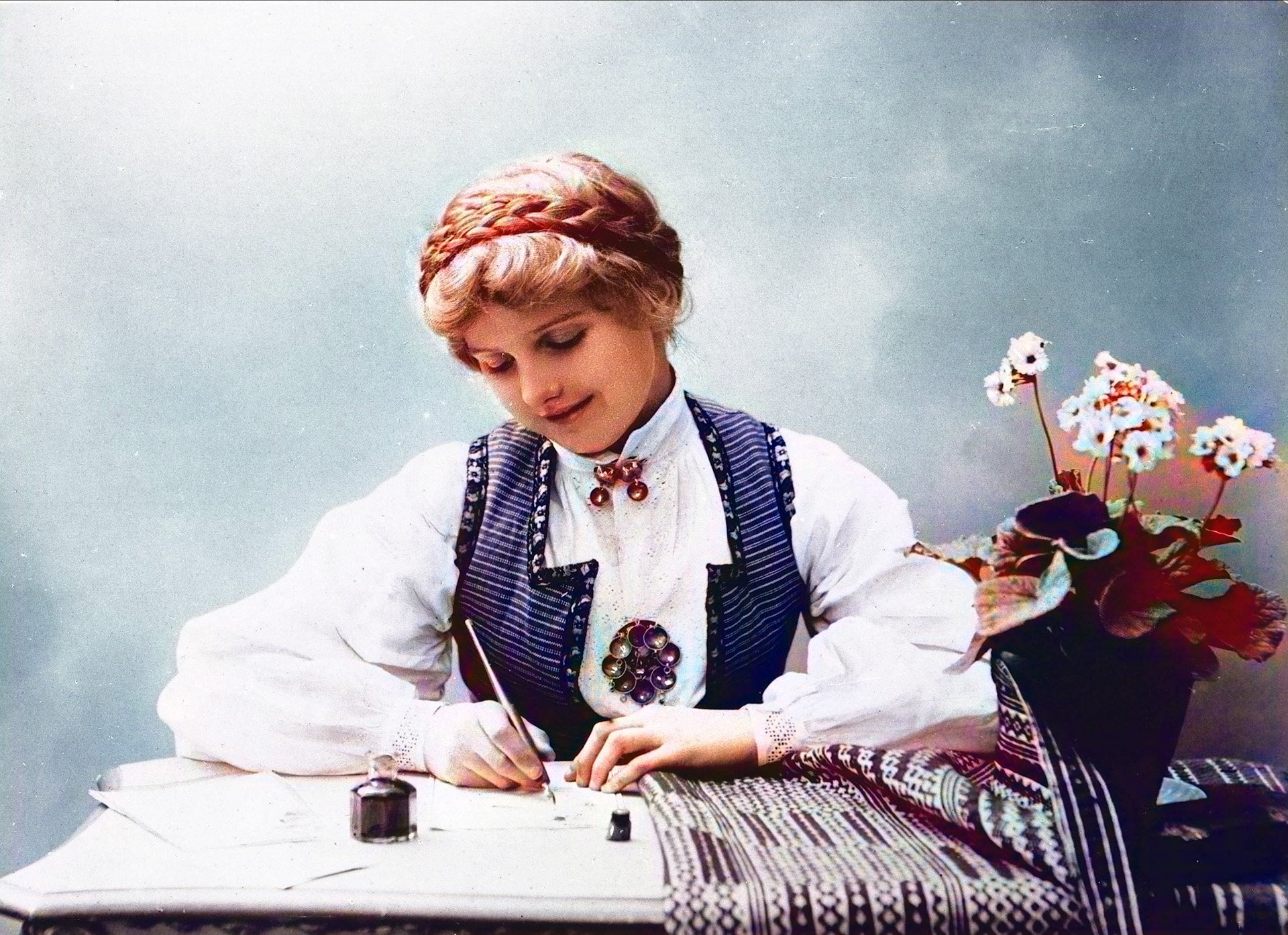 Are you longing to translate cards and letters written by your Norwegian ancestors?

Worldwide, there are descendants of Norwegian emigrants in the millions. They are daughters and sons of the near one million people who emigrated to North America in the 1800s and early 1900s. Or maybe the offspring of Norwegian sailors who settled in countries as far away as New Zealand and Australia.

In the homes of many such descendant-families, there are diaries, letters, and postcards stashed away in old chests in the attic – historical documents that can no longer be read or understood by the new generations. The knowledge of the old mother tongue is long since gone.

The ability to read old letters gives the reader an insight into an ancestor’s life and personality. It is a link through time, which no old photo or handed down oral story can ever fully cover. An old letter is like a time capsule, bringing a long gone world to life once again.

A person interested in genealogy may often stumble across words in old records that require translation.

Did you see this one?
Wooden buildings one thousand years old | Norway

If you harbour a desire to translate an old Norwegian text into English, then Einar Haugen’s Norwegian-English dictionary may be just what you are looking for. The dictionary was first published in 1965 by the Norwegian publishing house Universitetsforlaget – and has been reprinted many times since.

The book is invaluable, as it also covers older style Norwegian words and words in dialect. Laup, tjuagutt, budrått and eldhus are examples that you would never find in the more traditional dictionary.

A few tips when reading older Norwegian text, which was closer to today’s written Danish

For more than forty years, the Haugen «Norwegian-English Dictionary» has been regarded as the foremost resource for both learners and professionals using English and Norwegian. With more than 60,000 entries, it is esteemed for its breadth, its copious grammatical detail, and its rich idiomatic examples. In his introduction, Einar Haugen, a revered scholar and teacher of Norwegian to English speakers, provides a concise overview of the history of the language, presents the pronunciation of contemporary Norwegian, and introduces basic grammatical structures, including the inflection of nouns and adjectives and the declension of verbs.

This title features more than 60,000 Norwegian words and their English equivalents. It includes more grammatical information than any other Norwegian – English dictionary. Both Bokmal and Nynorsk are included. It covers phonemic transcriptions. It provides extensive coverage and explanation of Norwegian idioms and word usage, including examples from standard and archaic speech, dialects, proverbs, literature, and professional texts. It contains common abbreviations, place names, proper names, and cultural references. It presents extensive coverage of verb phrases.

Did you see this one?
Bergen | historical city once plundered by pirates | Norway