The land that we call Norway was once covered by a massive sheet of ice. In places, the glaciers were as much as 3,000 metres thick. 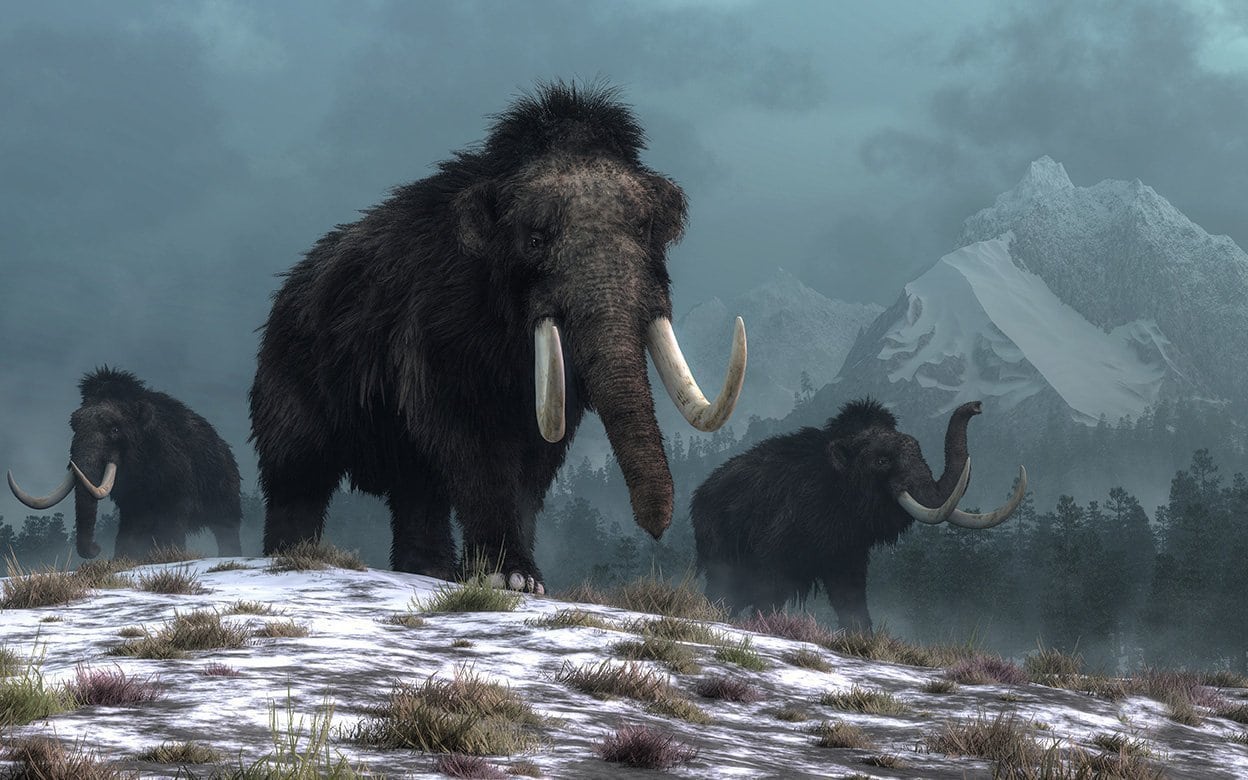 Over the last 2.5 million years, there have been as many as 30 ice ages. The latest period stretched between 115,000 and 10,000 BC. The glaciers were like gigantic, slow-moving bulldozers, completely transforming the underlying rock formations; creating the fjords, the mountain peaks, the valleys, and so much more of what is the Norwegian landscape today.

During the ice age, there were long intermittent stages when the ice melted, and flora and fauna returned. Such milder periods could last for centuries. Norwegian archaeologists have found remains of both the mammoth and the woolly rhinoceros dating back to this time.