In Norway, the first traces of iron date back to 400-300 BC. The country has significant iron resources, and making tools and weapons from this new metal was a significant step forward. 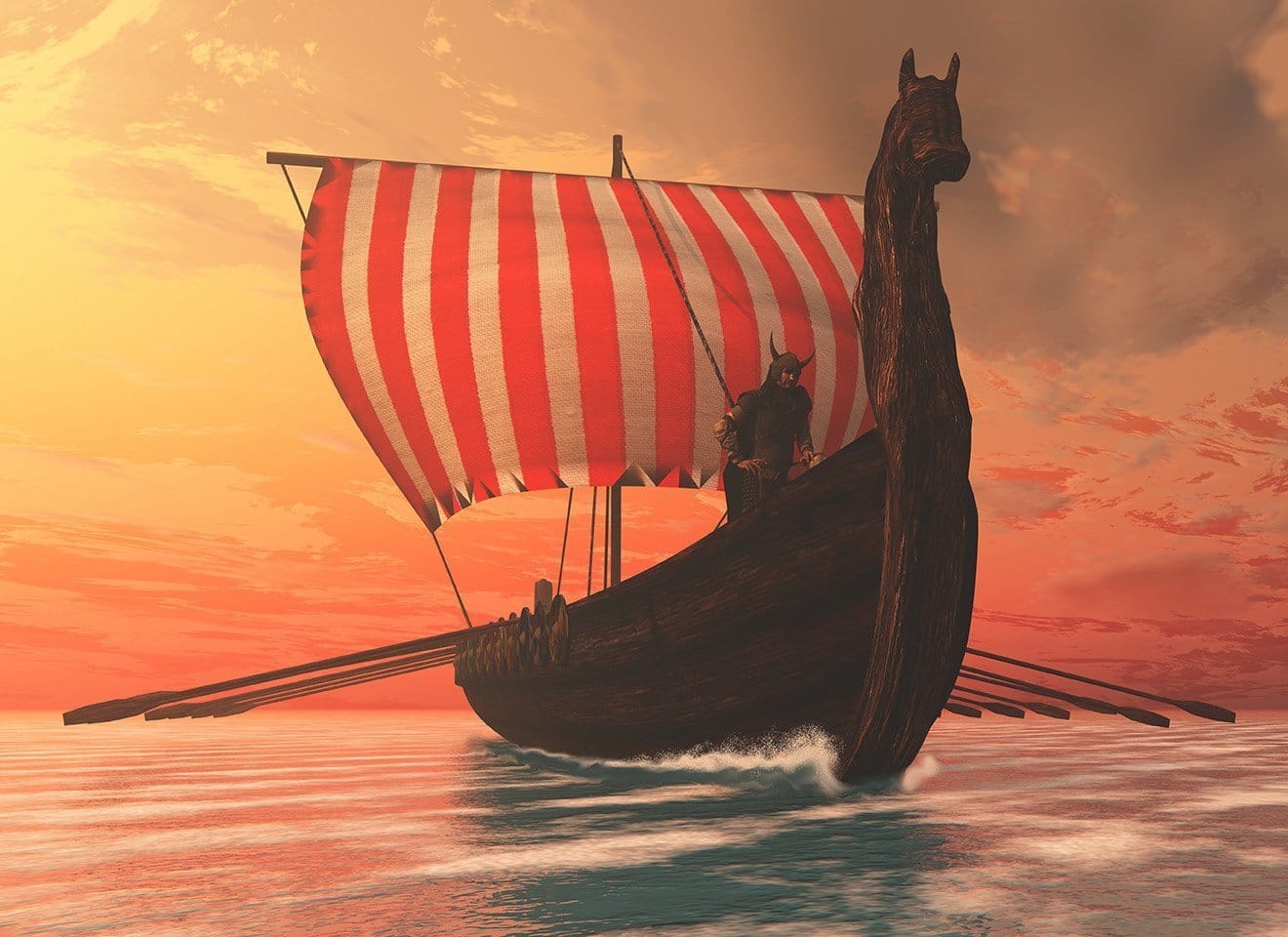 The Scandinavians traded with its neighbours to the east, and the Europeans to the south, including the Romans. During the iron age, the farming communities became more structured and socially divided.

It was probably during this period that people started thinking in terms of land ownership. The rune alphabet appeared, and rune inscriptions contribute greatly to our modern-day understanding of the Iron age language, mindset, and religious beliefs.

The climate worsened and plagues and other illnesses haunted the population. Old Norse myths about fimbulwinter (the great winter) and ragnarok (the end of the world) may have their roots in Iron age events.

During the AD 700s, the characteristics of the Viking age emerged, with maritime and settlement expansion, increased trade, and the founding of more established trading locations. One distinct feature was the typical Viking ship. It was fast and able to sail across vast oceans. The raid on the island monastery of Lindisfarne in AD 793, off the coast of Northumbria in England, is often defined as the start of the Viking era. The Vikings are known as aggressive and murderous brutes, but back home they were also farmers, hunters and fishermen, and excellent traders and explorers. The Vikings kept slaves – in Norwegian known as treller.

Written sources emerged during the latter part of the iron age, and the population increased. Laws and the concept of government developed, and regional assemblies – things – were established. Harald Hardråde – Harald Hardrada – is regarded as the last Viking king. He fell during a battle at Stamford Bridge in AD 1066, when attempting to conquer England. It was also towards the end of this era that the Christian Catholic faith expanded and gradually replaced the old Norse beliefs. The total population around year AD 1000 was an estimated 100,000 – 200,000.

END_OF_DOCUMENT_TOKEN_TO_BE_REPLACED

END_OF_DOCUMENT_TOKEN_TO_BE_REPLACED
Go to our homepage