It was midsummer 1895. An older man was found drifting in the fjord just outside Moss, Norway - shot in the temple with a revolver. Who was he?

The following strange and simple entry in the 1895 death record for Moss, Østfold, Norway came up purely by chance: «Et i søen fundet lig» – a corpse found in the fjord.

The eerie words somehow had to be investigated. Old editions of the local newspaper – Moss Avis – gave some clues. But still, there are many unanswered questions.

«Early yesterday morning, a fisherman found a body drifting in the Oslofjord, just outside Bougetangen, Feste. He brought it ashore and informed the authorities.

The deceased is a man, approximately 70 years old and well dressed. In his pockets, they found a gold pocket watch and 45 kroner. His hair and beard are grey, and he is rather bald.

From what we know thus far, it is not likely that the man died from drowning or as a result of an accident, but rather from a gunshot through his right side temple. It is assumed that he shot himself, as the gun was fired at close range and the hair surrounding the wound has burn marks.

Presumably, he walked as far out into the seawater as he possibly could – and then ended his life. When the body was found, it didn’t seem to have been there for more than half an hour or so.

Thus far, the man has not been identified – and he is most likely not from around here. Inside his hat, it is written with a pencil “Taberg” or “Toberg”.

He had been seen during the day on Monday, walking around the Feste area – but no one took much notice of him.

The body is currently being kept at the hospital in Moss. It has been photographed, and an autopsy has been performed.»

What was it that haunted him?

It’s easy to feel empathy for this poor man. What kind of desperation or sadness pushes a 70-year-old man to walk out into the cold water – fully dressed – with a hat on his head and a gold watch and money in his pockets – for then to shoot himself? Was he waiting for that very last sunrise at this beautiful spot, wanting to disappear without a trace?

Was it really suicide? Did anyone hear the gunshot? Why did the fisherman assume that he had been in the water for only half an hour? Isn’t it strange that the fisherman came across the body so quickly after it happened and that he found it at all? There are many questions, but the answers seem to be few.

He was found in the fjord outside Feste – how did he get there?

Feste is located in the municipality of Rygge – just outside the town of Moss in the county of Østfold. It is an idyllic spot by the fjord which at that time only consisted of a small number of farms and forestland. 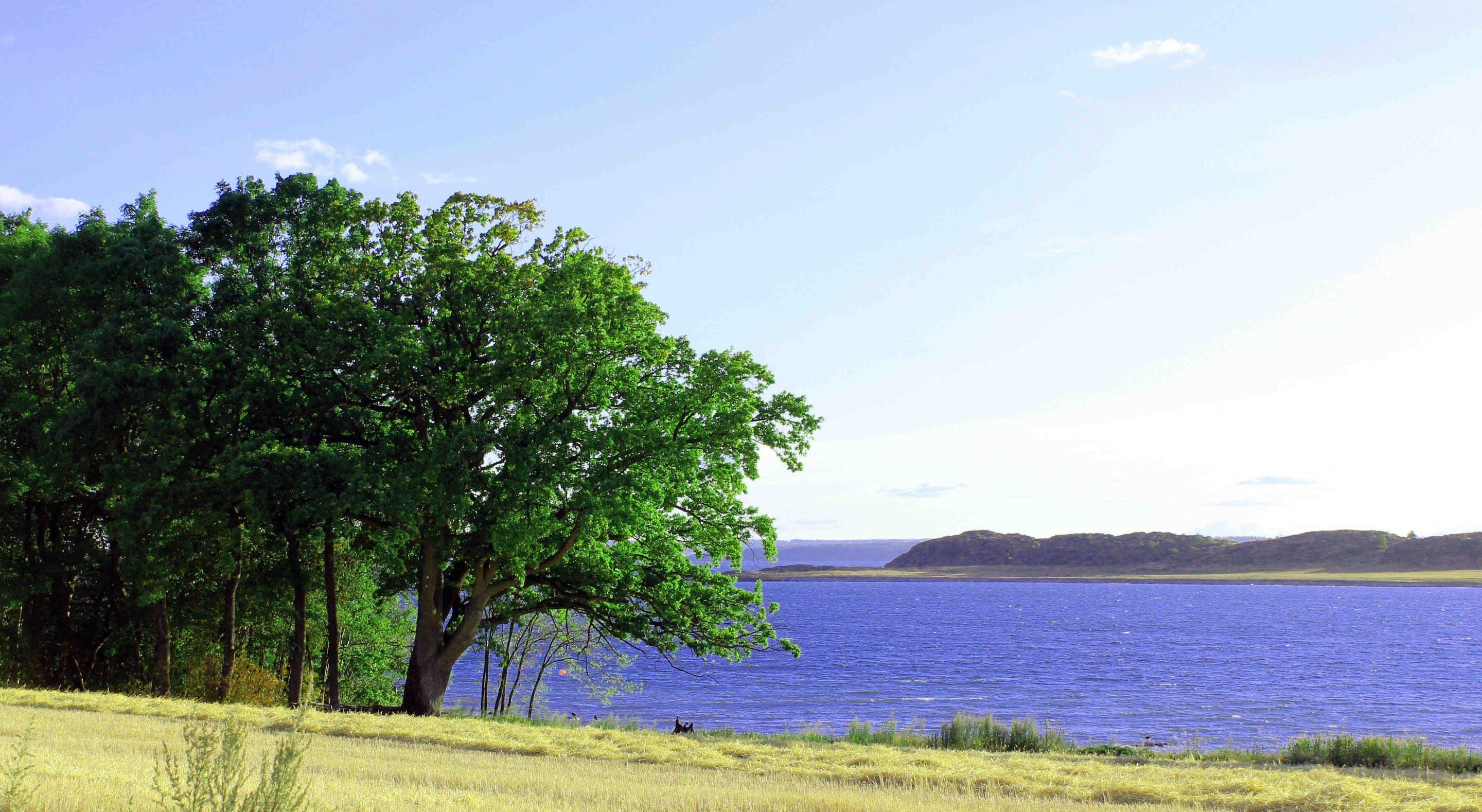 Even today, this is not a natural thoroughfare – unless walking along the coast – or travelling on the railway running across the fields, in places just a stone’s throw away from the sea.

Smaalensbanen, the name of the railway at that time, was opened in 1879 and was relatively new when our man ended his life here. Maybe he got off the train as it made a brief stop – or perhaps he came walking along the tracks? At the time, there were no scheduled stops at Feste – but the train may still have halted briefly.

When travelling through from the south, the landscape at Feste opens up beautifully towards the fjord. There is a direct view to the small and barren island of Revlingen – and to the lush, green Jeløy peninsula. Coming from the north – and maybe changing one’s mind just a few minutes after leaving the municipality of Moss – Feste would be the next natural resting place.

It was midsummer, and the landscape would have been at its most beautiful. Maybe it was just a coincidence that a tired soul ended his journey exactly here. But then again, perhaps it wasn’t?

He may have come by sea

The man may also have come by sea. The S/S Alpha was in regular service between Moss and Christiania (Oslo) from July 1893 onwards – and he may have arrived on the Peterson steam ferry which carried people and cargo across the fjord between Horten and Moss. 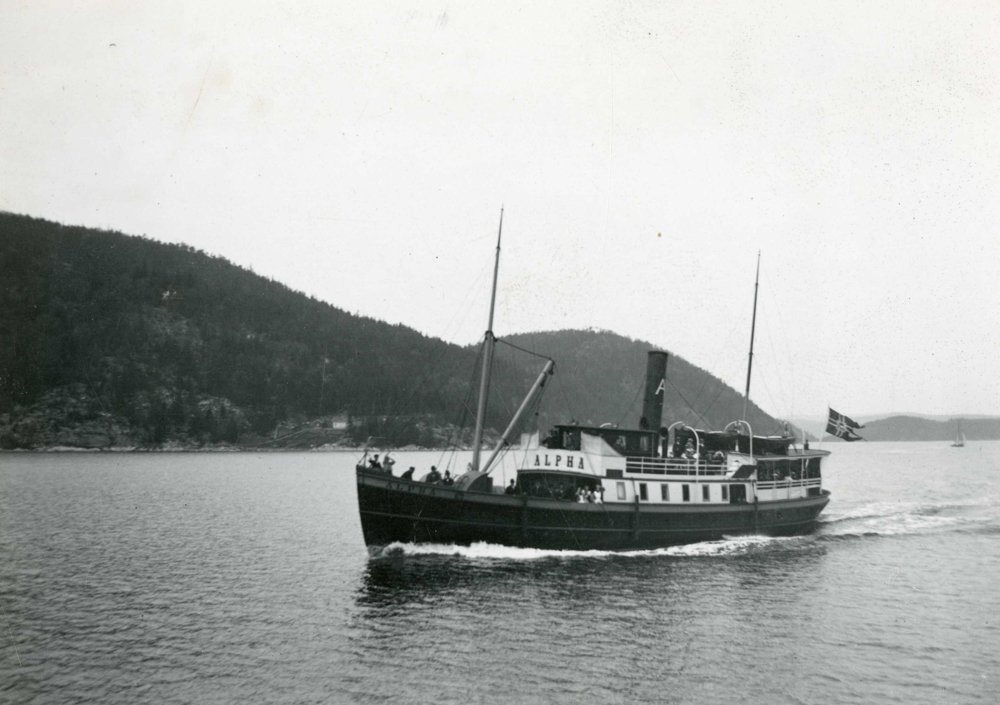 But surely, if he had arrived on a passenger boat, then someone would have seen him? On a boat journey, one often has time to observe one’s fellow passengers.

Maybe a local boatsman brought him across the fjord? Or maybe he arrived on an incoming cargo ship docking at Moss harbour? And who knows, perhaps a ferryman or a captain had a vested interest in not reporting that they knew who he was. Or maybe they had long since sailed on?

How can a man be invisible?

The 45 kroner that he had in his pocket were presumably Norwegian kroner. Does that indicate that he had not travelled from further south, from Sweden or Denmark? At the time, Norway was in a union with Sweden – and people moved freely between the two countries.

No man is ever invisible. Someone surely must have seen him? Where did he last eat? Every human being has to eat to stay alive.

Was he someone who had returned home to the place that he once left behind?

He had been seen during the Monday walking around Feste. Maybe Feste was his final destination, the place that he had once left behind? Could he have been an emigrant returning home after a lifetime away?

But then you would have expected him to speak to someone on the farms there – ask for the people he once knew. Unless he already knew that they were all gone. Maybe he had returned home after a long journey through life, to find peace among the roots of his ancestors, in the landscape of his childhood? To see that very last sunrise in this beloved place?

Taberg or Toberg was written in his hat. Taberg is a place in the Swedish municipality of Jönkoping, Småland. The inhabitants of Taberg had been digging ore from the surrounding mountains since the 1400s, but at the end of the 1800s, the mining here stopped. Maybe he was a man on the run from his creditors – or perhaps he was looking for new opportunities?

Taberg is also a hamlet in the town of Annsville in Oneida County, New York, United States.

Toberg occurs as the surname to a Karen Mathilde Toberg from Sem near Tønsberg in the Norwegian 1910 census.

«The body found in the fjord has been the main topic of conversation in Moss since Wednesday. The mystery increases with each passing day as the man has still not been identified.

His revolver has now been found, on the seabed, approximately where the body was first discovered. The water there reaches a full grown man to the neck.

The revolver is quite large and is presumably quite expensive: it is six barrelled and has a carved ebony grip.

Three of the barrels are assumed to have been loaded – and two of the bullets are still intact.

The man’s umbrella was also found at the very same spot in the water, caught in some seaweed. There is also supposed to have been a bathing towel but this has not yet been recovered.

The police have asked Lind & Co. to photograph the body – and the photo has been distributed to several towns and cities. Moss Avis has been given the opportunity to see the photo – and he seems to have been a well-built man – despite his age – and he had a suffering facial expression.

A photo has also arrived from Kristiania (Oslo) depicting a missing salesman – whose name is supposedly quite similar to the name found written in the hat – but it is most definitely not the same man.»

A revolver and an umbrella

Who would travel around a reasonably civilised 1895 Scandinavia with a loaded revolver? And how common were they in Norway at that time? Kongsberg Våpenfabrikk (a Norwegian weapons manufacturer) writes about the Lefaucheux revolver which was used by the Norwegian military. Maybe the mysterious man was a former officer who ended his life with some kind of military honour. But how come no one would miss him? And a revolver grip of carved ebony – was this the standard used on a Norwegian military weapon? Probably not.

And who would bring his umbrella with him into the water if he was planning on committing suicide? Someone confused and not being his usual self, perhaps? Or would it be a proud man holding on to his dignity to the very end – erasing all of his tracks? How can we interpret his actions?

«The body found in the sea has still not been identified. Many suggestions have been put forward but none have turned out to bring any clarity to the matter.

The body was buried yesterday, in the cemetery, without any religious ceremony.»

The cemetery of Moss

The current cemetery in Moss – a beautiful place overlooking the Oslofjord – was consecrated in 1833. There, rests the dust of the man who died so tragically and lonely on that summer’s night in 1895.

And there also end the tracks thus far. Maybe there are more clues buried in old records somewhere that would shed light on this mystery? Maybe his revolver and umbrella are still tucked away in storage somewhere? If anyone has any clues, feel free to add to the story.

Without religious ceremony says the newspaper report. Was this because the not always so inclusive church looked down upon the man who had committed the sin of taking his own life? In earlier times, people committing suicide were in many cases even buried outside the cemetery walls.

Or was it that he had no silver left to pay for the journey?

Perhaps there is a contemporary priest out there somewhere who sees herself called upon to give our man his last rites.

Let peace shine upon this stranger’s memory. He was someone’s son – perhaps brother, father, husband and friend. In death, dear friend, we are all equals. In death, no one is ever alone.