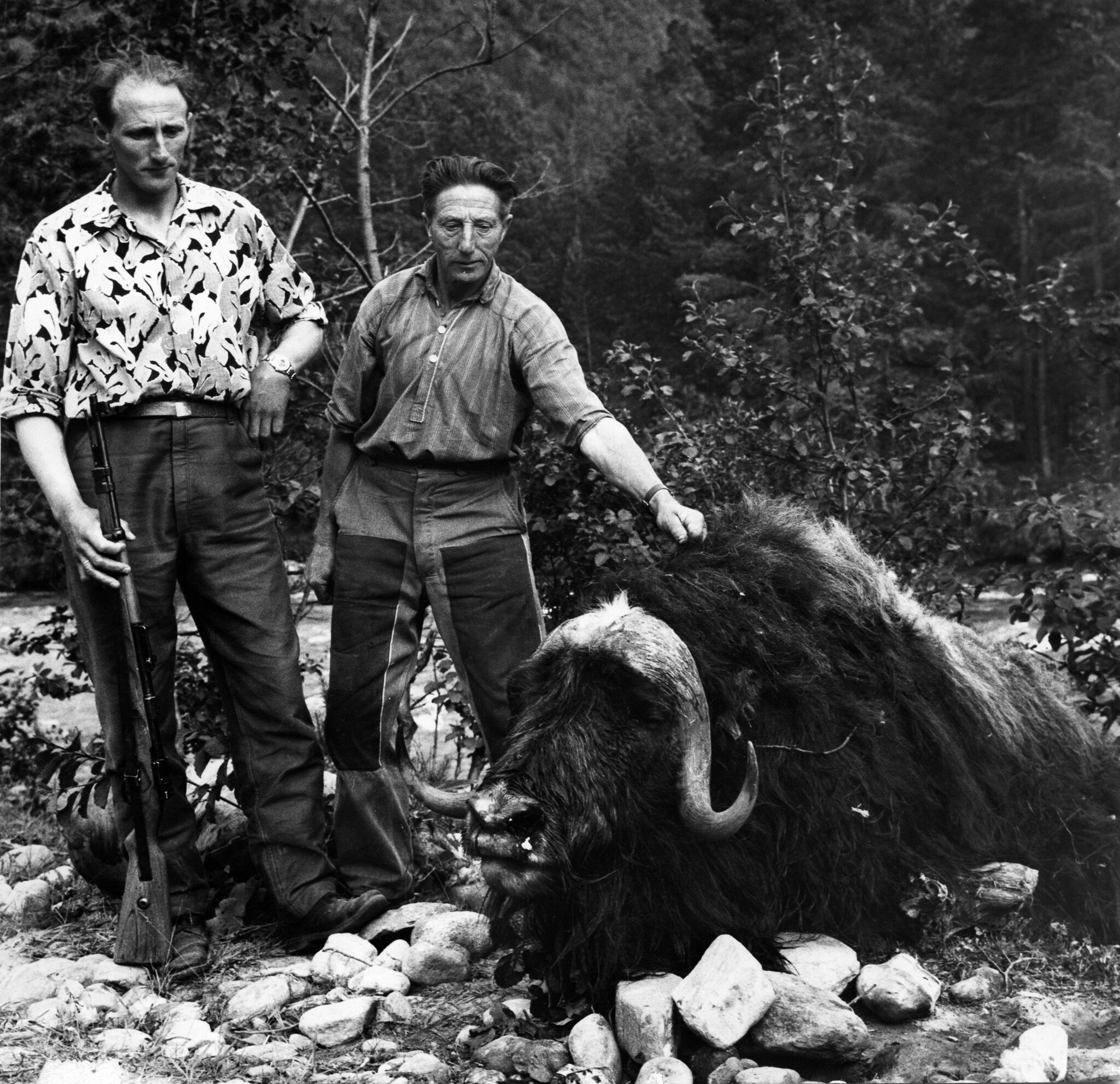 Muskox bull driven away from the herd

The muskox species was successfully introduced into the Norwegian fauna around 1950 – to the mid-Norway mountain area of Dovre. Its mating season begins in late June and peaks in mid-August. Dominant bulls fight and drive away competition from the herd, and it was probably a stressed and evicted muskox bull who attacked and killed farmer Ole P. Stølen in late July 1964.

On the move down from the mountains

The full-grown bull had moved away from its mountain habitat and down towards populated areas. It was when approached by a group of 5 locals at close range, among them Ole Pedersen Stølen, that it suddenly and furiously attacked. 4 of the 5 managed to escape, but Stølen was hit in the back. He initially seemed relatively unharmed, stood up, and grabbed a stone and tried to shoo the animal away. But it charged again and hit him in the front, a blow that threw his body several metres through the air and down a slope.

Prevented the bystanders from helping

The animal stood still for quite some time, preventing the shocked bystanders from getting to their neighbour. When it finally moved away, they rushed forward to help and had already contacted the police and an ambulance. The ambulance arrived 25 minutes after the attack, but there was nothing to be done: Ole Stølen had sadly lost his life.

Not an act of revenge but to protect

The bull continued to move away from the spot, and towards a more densely populated area. As the muskox was and is a protected species in Norway, the local police officer contacted the relevant authorities for further instructions. He was told to await the arrival of the local muskox overseer. But the situation was deemed to be too critical, and to avoid any more injury, the animal was shot approximately one hour after the attack.

Both before and after the fatal event in 1964, the muskox has attacked people both within and on the fringes of its mountain habitat. The usually peaceful animal will attack with full force if you get too close. It is recommended not to get closer to a muskox than a minimum of 200 metres.

Ole Pedersen Stølen was born on 13 May 1891 in Oppdal, and he is buried in the Oppdal cemetery. Let us not remember him as the only Norwegian to lose his life in a muskox attack, but as a proud son of the beautiful landscape of Åmotsdalen, Oppdal, Dovre, Norway. And the next time that you visit Oppdal, why not find his grave and pay your respect.