A kjenge is a drinking bowl used in the old Norwegian farming society – usually with two handles - carved and hollowed out from one piece of wood.
LA Dahlmann | talk NORWAY 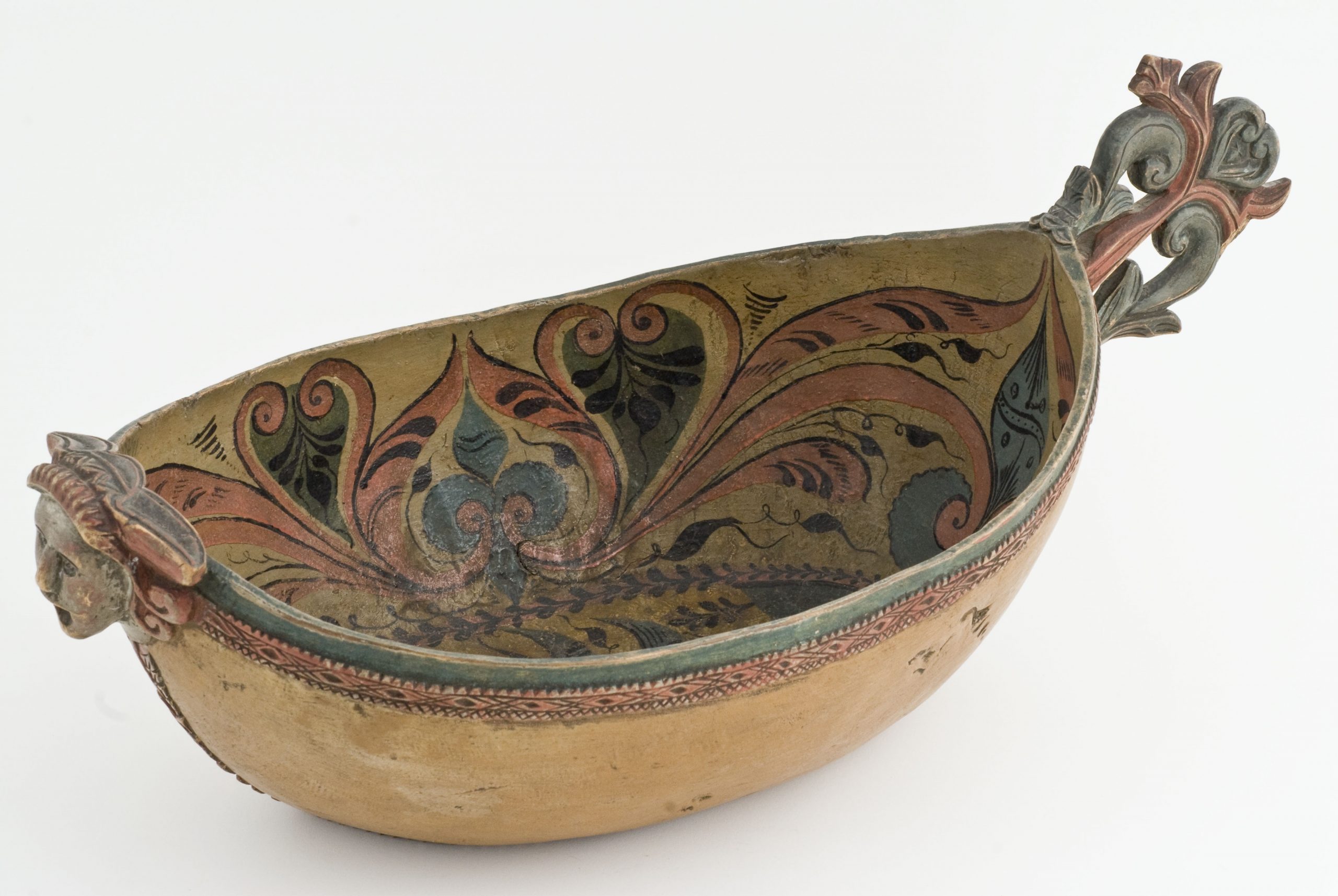 The kjenge is predominantly used for drinking beer. It is usually round, whereas the kane has a more elongated shape, like a ship. The word kane is related to old words meaning boat. In Norwegian, kane can also mean sleigh. The bowl’s handles usually have a human or animal shape.

It is often carved from what the Norwegians call a kåte, a knot or protuberance on a tree. The wood in a kåte is harder than normal and is a sought-after material by wood carvers. This is the kind of object the old Norwegian farmer would work on around the fire – during the long and dark winter evenings. 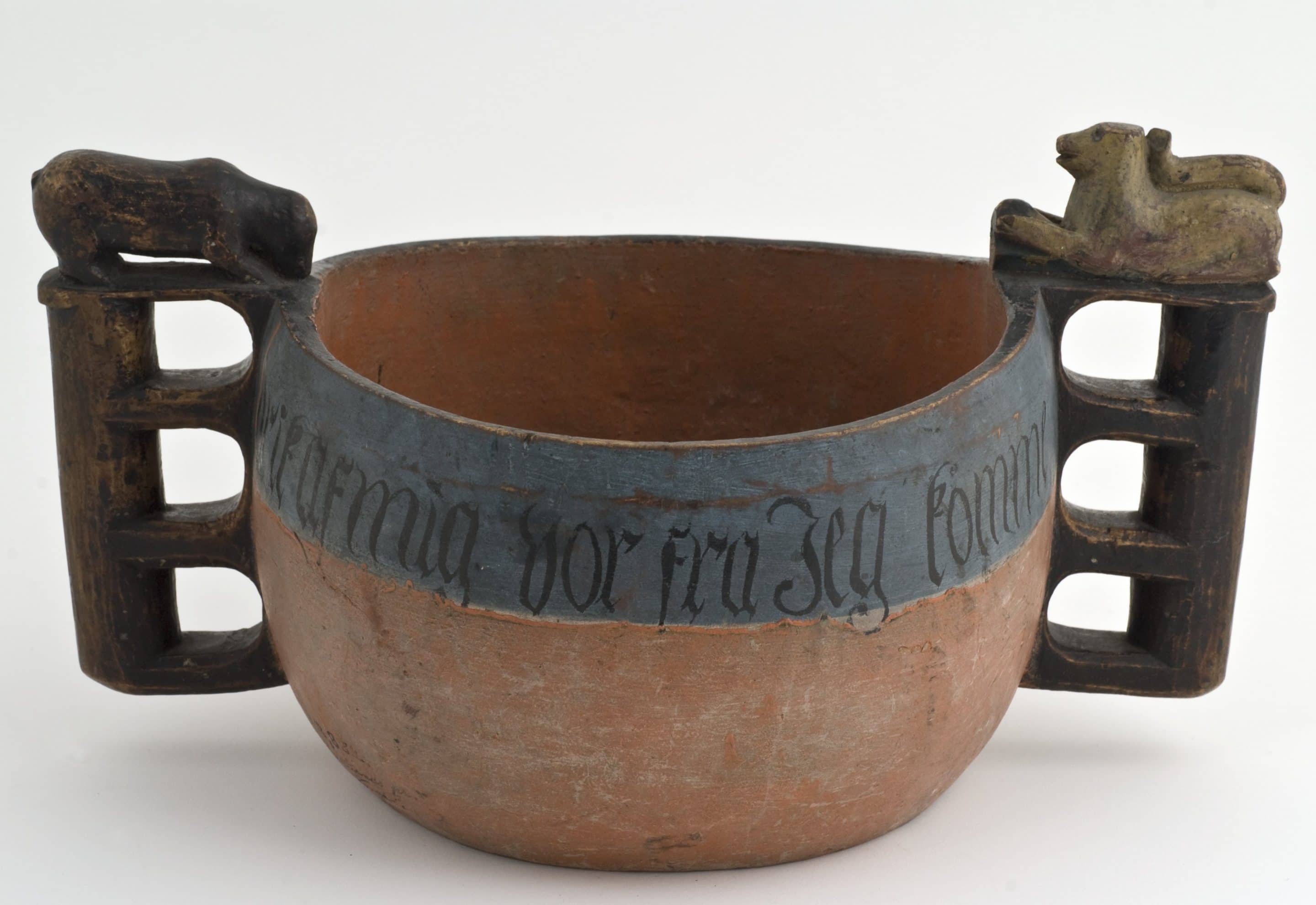