A kipe is a tall, woven basket, often made of twigs from the birch tree. It was carried on the back, and typically used when carrying loads in a landscape full of steep fields and paths.
LA Dahlmann | talk NORWAY 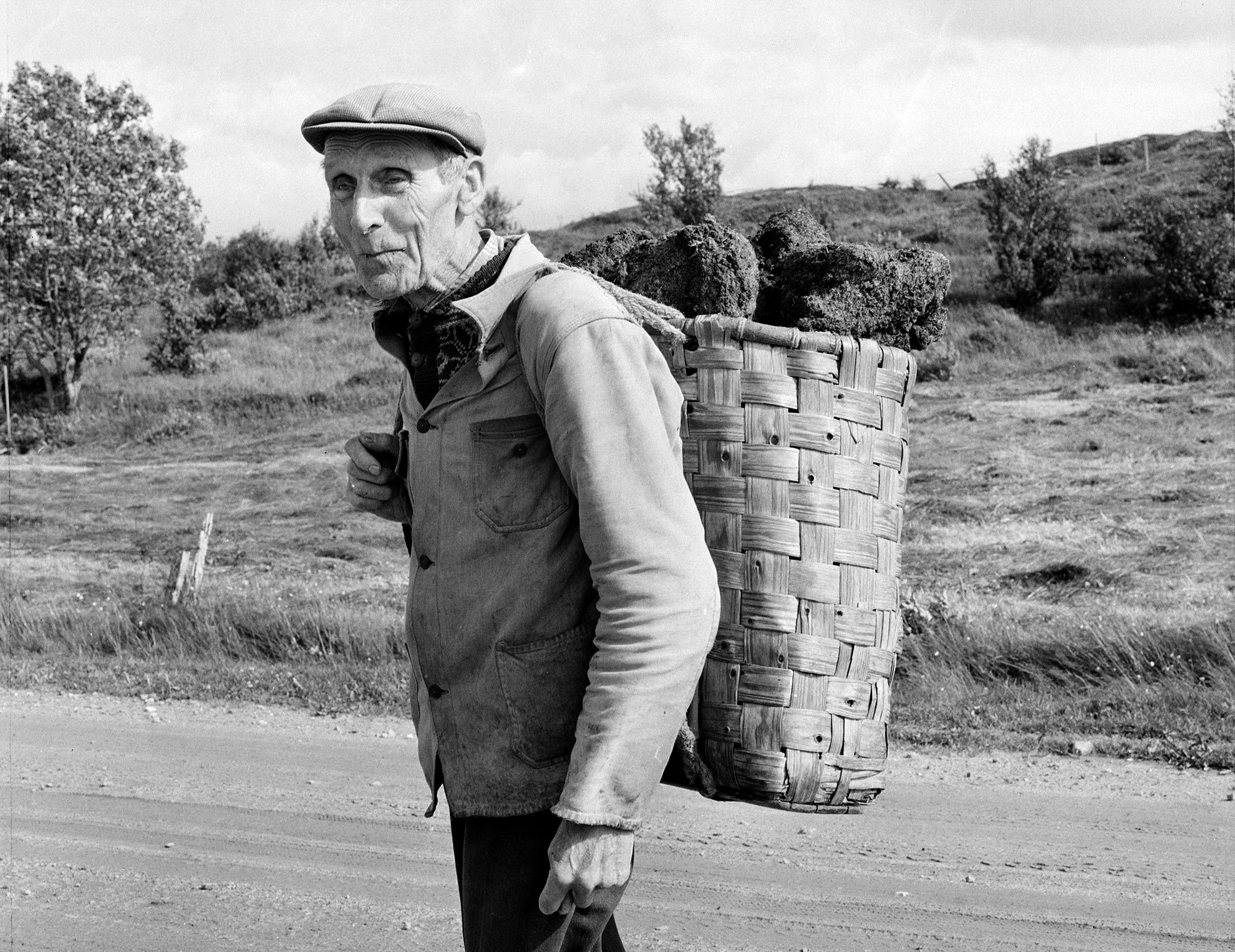 Noun | both masculine and feminine, depending on the dialect | the indefinite form: en/ei kipe (a kipe) | the definite form: kipen/kipa (the kipe).

A kipe is a woven basket, sometimes with a flat, wooden bottom to make it more robust. It was usually carried like a backpack, or with one strap held over the shoulder. Two baskets could also be carried using a yoke.

Kurv: has a similar meaning.

Norway is a land full of steep hills and mountains. Historically, there were few roads, only meandering paths through the landscape. Whenever you wanted to transport something – unless you had a packhorse – you had to carry it on your back. A robust basket – a kipe – was a highly useful tool for this purpose.

For so many purposes

The kipe was used to carry fish from your boat, to move the animal manure from the barn to the fields in the early spring, to carry wood or turf for the fire, to carry a baby, and much, much more.