Kantslått is a Norwegian noun that means (1) the grass that is cut along the edges of a field, a road, etc. or (2) the actual process of cutting this grass. Traditionally, the grass was used as animal fodder. 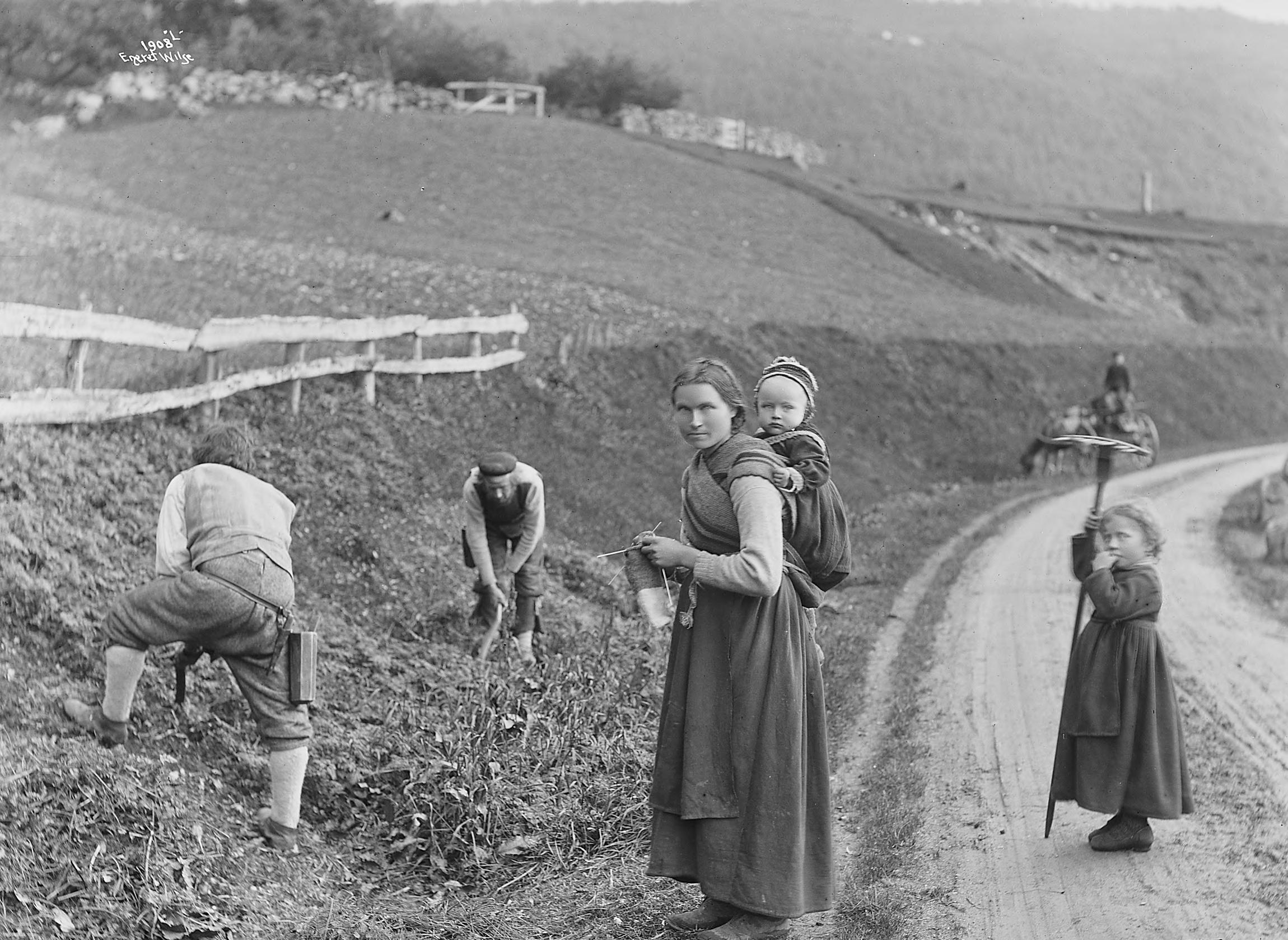 Kant: in this context, kant means edge, as in the edge of the field, the edge of the road, and so on.
Slått: in this context, slått means (1) the actual grass that is cut during the haymaking process, and the hay that is made from this grass – or – (2) the overall haymaking process itself.
Kantslått: means (1) grass cut around the edges of a field, a road, or similar – or (2) the actual process of cutting this grass.

In everyday speech, the definite form – slåtten and kantslåtten – is probably used more often than the indefinite form. Example: Slåtten kom sent i gang i år. → The haymaking process started late this year.

Hakkeslått: has a similar meaning.
Skrapslått: has a slightly wider meaning, includes grass of lower quality – also in a larger meadow or patch.

On the historical farm, all available fodder-resources were utilised to tide the domesticated animals over the long and cold winter.

Deep and fertile soil was scarce in the Norwegian valleys, mountains, and fjords. In early history, the cultivated infields – innmarka – were mainly used to grow grain and other plants grown for human consumption. The grass made into hay was often taken from meadows located in the outfields – utmarka. These meadows could be close to, or hours away from, the home farm.

Cutting grass wherever it could be found

In addition to mowing the meadows – usually using a full-sized scythe – people also cut grass growing around the edges of the meadow, along paths, roads, fences, and buildings; anywhere it was worthwhile cutting it. In these places, there were often trees, roots, and boulders that they had to work around – and the grass was sometimes of lesser quality.

When cutting the kantslått – kantslåtten – people often used a half-sized scythe – stuttorv – which was shorter and had a smaller blade. It was quicker to manoeuvre and easier to control – helping to avoid losing the sharpness of the blade by hitting too many obstacles.

The kantslått was dried and stored as hay – or sometimes given to the animals to eat directly.

Today, the word kantslått is usually used when referring to the cutting of grass alongside roads, motorways, railroad tracks, fences, and so on.

Kristoffer Brækken Brekken gård i Beitstad: gårds- og ættehistorie 1956
→ I 1900 ble kjøpt en Wood slåmaskin av Amerikansk fabrikat og da ble ljåslåtten innskrenket til kantslått.
→ In the year 1900, an American-made horse-drawn Wood hay mower was purchased, and from then on the use of the scythe was limited to the kantslått.

END_OF_DOCUMENT_TOKEN_TO_BE_REPLACED

END_OF_DOCUMENT_TOKEN_TO_BE_REPLACED
Go to our homepage