Are you hailing from Sykkylven in Møre og Romsdal, Norway? Well, then you might be related to the great film and television icon that was James Arness.
LA Dahlmann | talk NORWAY 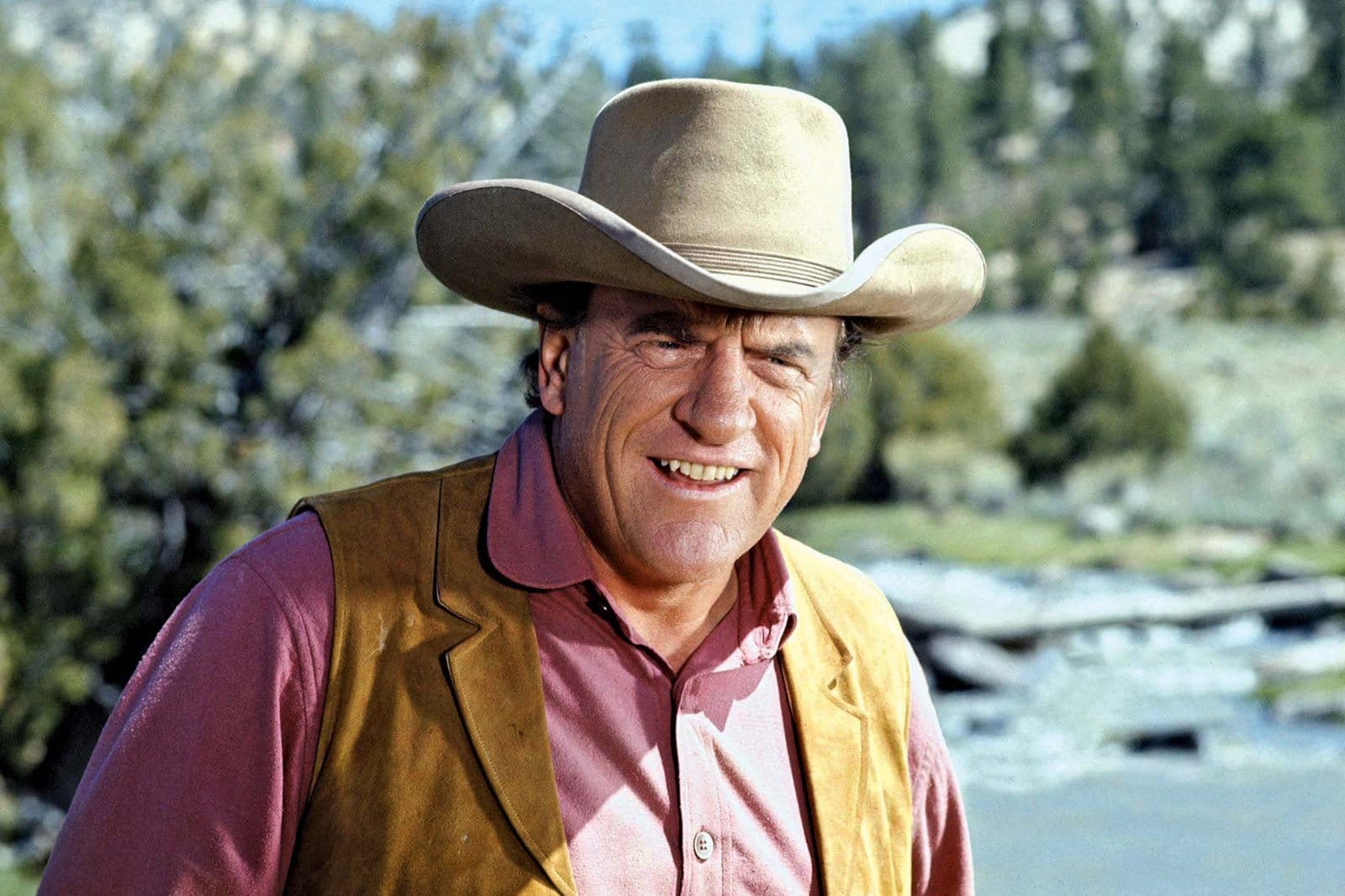 TV-series like Gunsmoke and How the west was won are television history. Equally so is the actor James Arness (1923-2011), and his iconic portrayals of Marshal Matt Dillon and Zeb Macahan.

Grandson of a Norwegian immigrant

What many of his fans may not know, is that James Arness was the grandson of Peder Andreas Olsen Aursnes – born at Aursnes – in Ørskog Sykkylven, Møre og Romsdal, Norway. Peder was born in 1860 – and emigrated to the US in 1887.

Ørskog Sykkylven is located close to the city of Ålesund – on Norway’s mid-western coast. In the late 1800s, people’s main livelihoods there were agriculture and ocean fishing.

In the very first paragraph of James Arness’ autobiography, he declares his Norwegian ancestry, and tells us how Grandfather Peder Aursnes simplified his surname from Aursnes to Aurness in the US. As an artist, James took it one step further, and made it into Arness.

James Arness got his first part in the 1947 movie The farmer’s daughter – starring Loretta Young and Joseph Cotton, mainly because he could speak English with a Scandinavian accent.

The Norwegian family and the ancestral farm

Grandfather Peder grew up on one of several Aursnes farms: Olegarden. His older brother was Lars Karl, and his younger sister Anna Petrine. According to the 1865-census, the farm had 1 horse, 8 cows, 12 sheep, 4 goats, and 1 pig.

In 1875, Grandfather Peder Aursnes lost his little sister, Anna Petrine, during an outbreak of Scarlet Fever. She was only 6 years old. In the local death records, we see that between May and December of that year, this small community lost around 40 children to this terrible disease.

Let us pause for a moment, to remember Anna Petrine and the many children who lost their lives in Ørskog Sykkylven back in 1875.

Years later, Grandfather Peder Aursnes went on to become a doctor. This was highly unusual for the son of a small-scale farmer, and must have taken lots of commitment and personal sacrifice.

James visited Norway only once

James Arness visited Norway and Aursnes only once – in 1958. With just a 1909 postcard as his map, he set out to find his ancestral home.

Travelled with a Swedish friend

He travelled with his friend, the actor Paul Tiny Nichols, who was of Swedish descent. They arrived in Oslo by plane, went on by train through the country to Åndalsnes, then by steamer to Ålesund, and finally by taxi and ferry to Aursnes.

Covered by the local newspaper

Both the local newspaper Sykkylvsbladet – and James Arness himself in his autobiography – covered the event. It was an emotional moment when he arrived at the Aursnes farm – and was greeted like a long-lost son by his distant relatives.

The photograph was still hanging on the wall

Grandfather Peder’s photograph was still hanging on the wall in his childhood home, 70 years on. And the elderly lady who first greeted James that day was Anne Petrine Fauske. She had the same first names as his grandfather’s lost sister.

Another lady who visited the house that day was Karn Bjerke, Grandfather Peder’s niece. She was only three when Peder left in 1887, but she still remembered him as if it were yesterday, simply because he was so fond of her. On the day he set out for America, he held her close and gave her the longest and warmest of hugs. He probably knew that he would never see her again.

Grandfather Peder was a painter

During his visit, James Arness mentioned to Sykkylvsbladet that his grandfather was an avid amateur painter. One of his paintings depicted Aursnes and the nearby fjord – a painting that James had on his wall back in the US.

In the local emigration book – published in 1957 – we can read the following about Peder and his US family:

Went to school in Norway and studied medicine in Kristiania (Oslo) for a while, but had to cut short his studies there. He emigrated to Minneapolis in 1887 and completed his degree in medicine at the University of Minnesota.

Between 1891 and 1893, he was an assistant to the renowned doctor Knud Høegh. Later, he started his own medical practice.

From the 1890s onwards, he wrote his name Aurness.

In 1925, he was granted a patent for a stethoscope.

He attended «Sunnmørslaget» for a while, but even more so the Scandinavian «Odin Club», which he co-founded in 1898.

He married Ida Cirkler, born in New Ulm, Minnesota. She came to Minneapolis in 1865. Her father and her two brothers were all doctors. Her father also owned several grain-mills and was well off.

Peter Aurness became the owner of the Mount Rainier Mining Co. in Washington. He employed a man from Røros (a Norwegian mining town) to lead the work there. The undertaking was more of a hobby than a serious investment.

His son, Rolf C. Aurness, who is a chemist, is married and has two children.»

Based on this last sentence, little would the reader know that these two children were the two world-renowned actors and brothers, James Arness and Peter Graves.

When reading about Granddad Peder Andreas Aursnes and the family journey, you realise that even television icons come from normal families and backgrounds. And James Arness was probably more normal than most of them. In the foreword of James’ autobiography, Burt Reynolds states quite emphatically: he was totally without ego. And after having read his story, it is not difficult to believe him: James Arness comes across as a true son of his humble origins.

Sykkylven has an active local history group. On their website sykkylven.sogenemnd.no (in Norwegian) there are several local history books available for download.

Aursnes and Sykkylven – where to find it

To see the location Aursnes on Google maps, paste 62.40785602 6.55383432 into the search field. And if you activate Google’s street view functionality, you will see the ancestral landscape of James Aursnes – Aurness – Arness.