Ice export | a booming business for more than a century | Norway

From the early 1800s and well into the 1900s, Norway was a significant exporter of natural ice. But how did they prevent the ice from melting?
LA Dahlmann | talk NORWAY 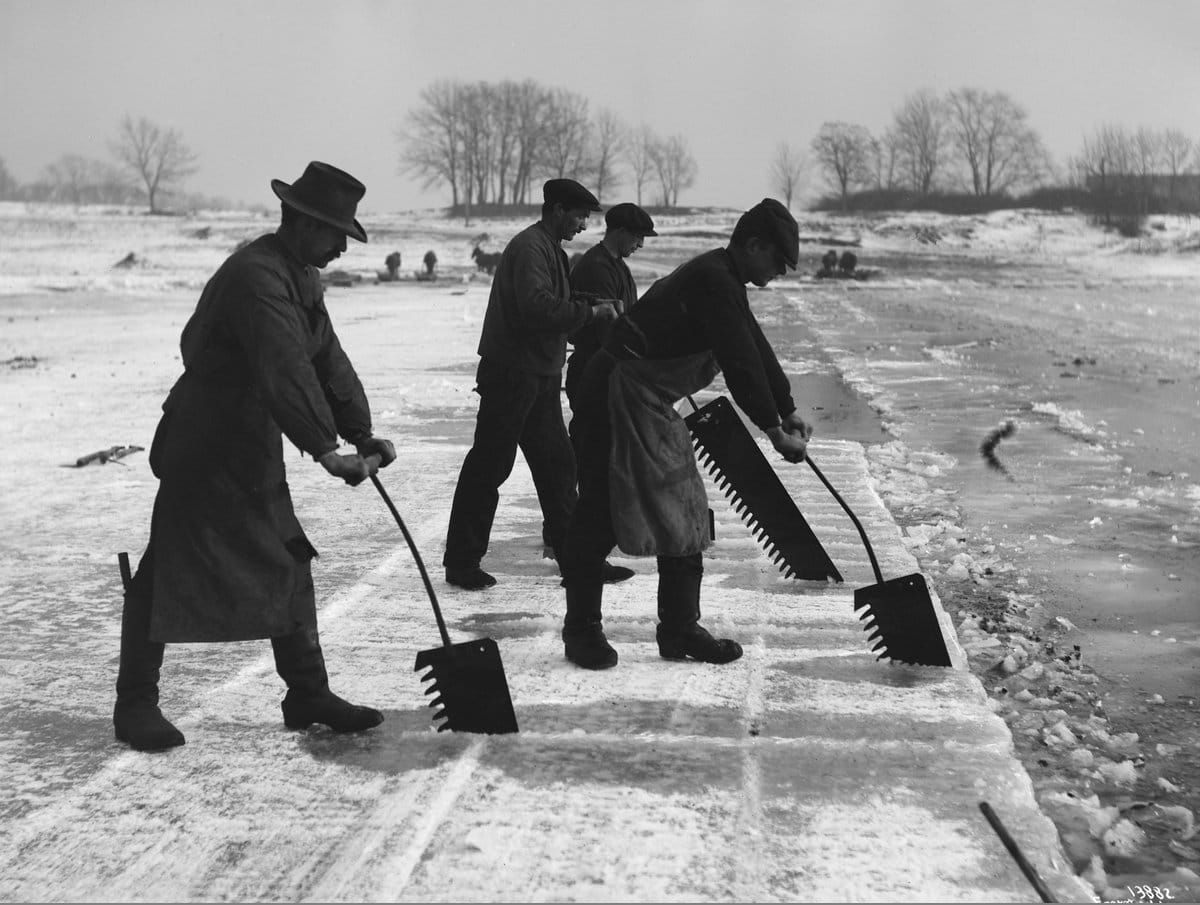 See more photos at the end of the post

Why the need for ice?

The industrial revolution drove big change, and the creation of big cities. Food and drink had to be transported in from distant farms and fisheries. The city dwellers also had a growing desire for fresh and unpreserved food. This was long before the age of the fridge and the freezer. And in warmer climes – and during the warmer periods of the year – keeping the food fresh was difficult. It was Mother Nature herself who had the solution: natural ice – lots of ice.

A business was born

In the cold land of Norway, and in many other countries, industrious mavericks saw a business opportunity, and set out to conquer this growing market.

They utilised Nature’s own resources

Many locations in Norway had the two main ingredients necessary for providing large quantities of ice: an abundance of water, and stable and cold winters. The ice was primarily taken from freshwater sources like rivers, lakes, larger ponds, and reservoirs. For a period, ice was also taken from the glacier Folgefonna, in the south-western region of Hardanger. For many landowners, farmers, and labourers, the sale of ice provided a welcomed extra income and winter activity.

To avoid long stretches of on-land transportation – and to meet the growing demand – numerous artificial reservoirs were established near the coastline, where the sailing-ships or steamships could dock and load.

A significant portion of the ice went to the cities in the United Kingdom. According to British customs records, the first ice-cargo from Norway to London arrived in 1822. In June of the same year, a Scottish ship anchored outside the community of Sunndal on the Norwegian west coast, and ice was transported down from the Bondhus glacier, an arm of the Folgefonna. This ice was meant for a cargo of fresh salmon, to be shipped from Scotland to London.

Who used the ice?

Dairies, dairy shops, fish transporters, fishmongers, butchers, and breweries were all big consumers of ice. Ice was also used in private households, both on farms and in the cities. And it was used to preserve food onboard ships travelling the world. Farmer Trygve Sandaker spoke about how his mother, Olava, stored fresh milk for the family in their underground cellar. The milk container was placed in a tank filled with a mixture of ice and water. This kept the milk cold and fresh for days, just like a fridge does today. In the cities, some people had ice boxes – also referred to as cold closets. Sometimes, the box had an inside insulating layer of metal. A smaller block of ice was usually placed in a compartment at the top, and the food was stored on shelves below. The meltwater ended up in a container at the bottom.

How did they prevent the ice from melting during transport and storage?

From around 1850 onwards, the ice exporters and importers erected purpose-built and well-insulated ice houses, close to where the ships departed and arrived. The insulation consisted of sawdust and straw. Under the right conditions – with each individual block of ice also sufficiently insulated – including during transportation – the ice stayed frozen for months. The storage houses made it easier to provide the customers with ice during the warmest season of the year, when the need was greatest. Prior to 1850, except for ice taken from glaciers, the ice was shipped out during the winter months only.

The ice had to be clear and clean

In the autumn, before the frost set in, leaves, marsh grass, and other organic material were removed from the water – as best as possible. As soon as the water surface was frozen and strong enough to carry a person, snow and debris were removed constantly. It was important to keep the ice clean, clear, and without air-bubbles. Except for keeping the ice frozen and intact, making sure that the ice was of the best possible quality was the most important part of the process.

Old photographs give us a good overview of how the ice was cut and transported, and the tools people used. The ice was usually cut into manageable blocks using large manual saw blades. This was hard work. Next, the ice cutters used long poles and hooks to pull the blocks out of the water; a wet and cold experience. The blocks of ice were pushed down wooden slides towards the quayside – or transported using a horse and a sleigh.

The end of an era

As the 1900s were well underway, new inventions transformed the food industry, and refrigerators, freezers, and ice makers made the natural ice obsolete. The harvesting of natural ice continued into the 1960s, but by then, the industry was just a shadow of its former self.

Today, we can still see many of the old artificial ice reservoirs scattered across the landscape, as old monuments of a time gone by. Every winter, local enthusiasts invite to ice cutting competitions and events, helping to keep the tales and the history of the once important ice production alive.