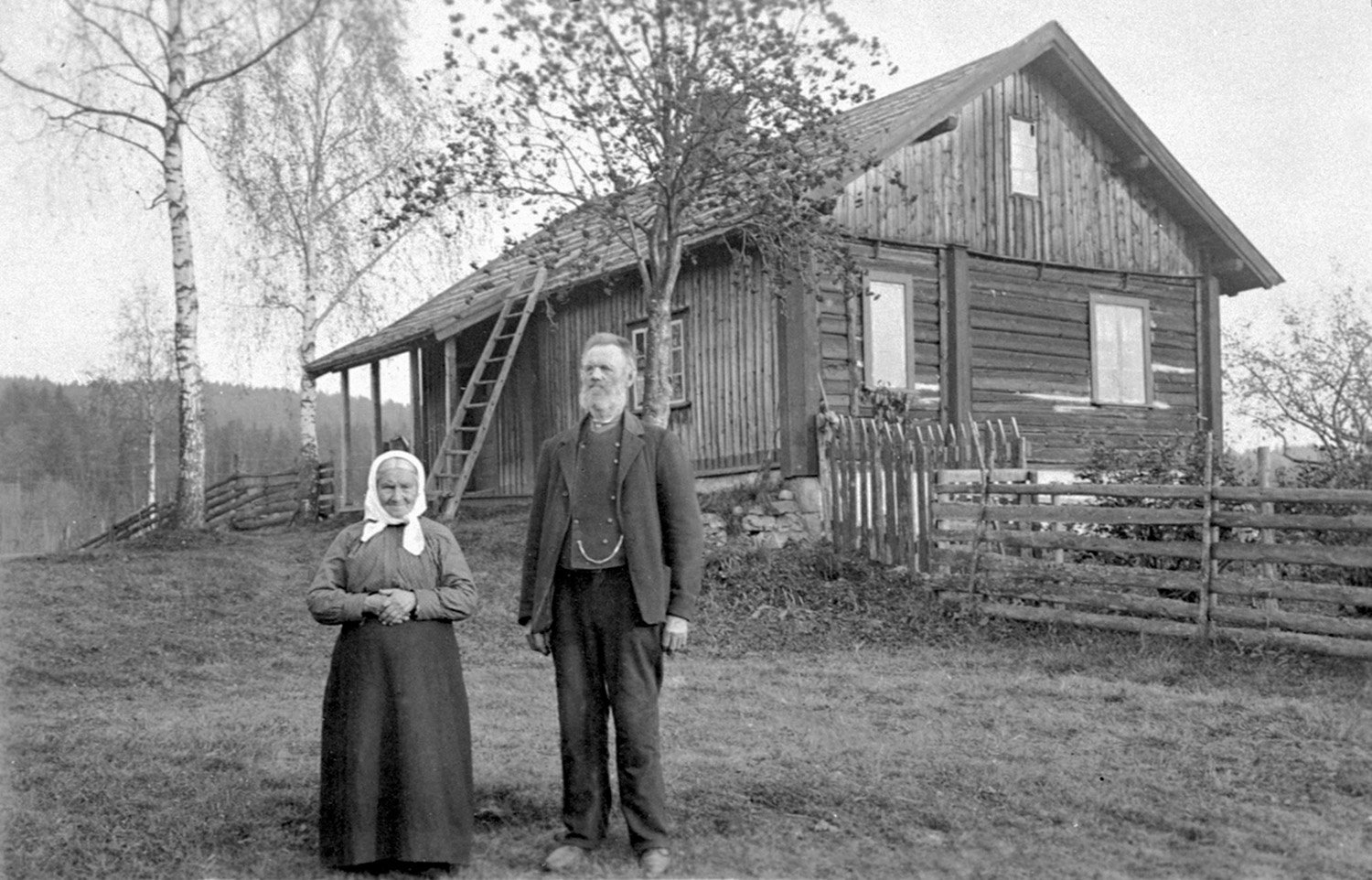 Let us start with the beginning

In English, the husmann is often referred to as a cotter. To understand what a cotter or a husmann is, we must start by looking at the make-up of the old Norwegian society. Norway’s 1769 census shows us that over 90% of the then population lived in rural and thinly populated communities, scattered across the country. The total population was a mere 723,618. If we go further back in history, the situation was the same, but with even fewer people. Most of the population were fishers, farmers, hunters, and gatherers – or a mix thereof. And they had been for as long as anyone could remember. A bit simplified, we can divide the country into three main zones of livelihoods.

Historically, again a bit simplified, we can say that the Norse population – today’s majority – occupied zones 1 and 2. The Sami population was dominant in zone 3. The concept of the husmann, and the use of this term, was primarily connected to zone 2 – the flatland and inland farming communities.

Did you see this one?
Strandsitter | is Norwegian for a beach dweller | Norway

A lack of available farmland

Even today, mainland Norway consists of only 3% cultivated land. 40% are forests, and 40% mountainous areas. Throughout ancient history, and well into the Middle Ages, available land-resources were able to absorb the population-growth. New family groups broke out from their communities, and established new farms or settlements. However, during the 1600s, the availability of suitable land started to become a problem, and couldn’t meet the needs of the growing population. This was before the industrial revolution, and there were no alternative livelihoods to speak of.

In the beginning, people solved the problem by splitting up existing farms into smaller entities, or established new units in less suitable areas. However, with the simple farming methods of the day, this solution could only go so far. The farms had to be of a certain size, to be able to provide for the family living there and their domesticated animals.

The concept of the husmann was born

Yesteryear’s farming was labour intensive. Many farmers struggled to find enough people to help out during the hectic spring, summer, and autumn periods. And they wanted to avoid the cost of having full-time employees all year round. A cost that they really couldn’t carry. The growing population, the lack of land, and the need for seasonal labour gave birth to the concept of the husmann.

To secure access to predictable and reliable labour, the farmers started to allow a man and his family to settle on a small section of land belonging to the farm. Instead of rent, the husmann was contractually bound to work on the main farm a set number of days per year. Sometimes, he was also contracted to do additional work, but would then receive regular payment for the hours he put in. There could be several cotter families within the boundaries of one farm.

Not the same as a tenant farmer

It should be noted that a cotter is not the same as a tenant farmer. Throughout the Middle Ages and well into the 1700s and 1800s, most of the farmland in Norway was owned by the Crown, the Church, or other rich landowners. Some farmers were self-owners, but a large portion were tenant farmers. Even tenant farmer families often lived on the same farm for generations. The rental agreements were usually for life. During the 1700s and the 1800s, many of these tenant farmers purchased their land and became self-owners. In Norwegian local history books, which usually list the families and generations living on the individual farm in recent centuries, there is normally a specific mention of the person who became the first self-owner. Both self-owning and tenant farmers had cotters on their farms.

In English, the piece of land that the husmann lived upon – the husmannsplass – is often referred to as a cotter’s holding. Sometimes it is also called a homestead or a croft. On his holding, the husmann built a small house for the family, and often an outbuilding for a few domesticated animals. Many cotters also established some limited fields, where he and the family cultivated essential crops. This type of husmann was referred to as a husmann med jord – a cotter with land. A cotter without cultivated fields, and just the house, was called a husmann uten jord – a cotter without land.

The buildings on the cotter’s holding were often owned by the husmann, and were dismantled if the family moved on.

Did you see this one?
Wooden buildings one thousand years old | Norway

The husmann often also had the right to gather firewood on the main farm’s land, to hunt and fish, to let his animals graze in the outfields, and to gather winter fodder.

Not a separate legal entity

The cotter’s holding was not a separate legal entity and tax object. It belonged fully to the main farm.

The whole cotter family took on different types of work

To make ends meet, the husmann often took on extra work. That could be work in the forest during the winter – or he had an additional profession; for example, a shoemaker, a blacksmith, a tanner, and so much more. The husmann’s wife and children also took on extra jobs. One typical job for the young children, was to work as herders on neighbouring farms. The cotter’s children often left home at an early age, to work as live-in servants or similar.

The husmann’s place in society?

Being a husmann is often portrayed as being nothing but poor and miserable. Sometimes this was true, but there are also many stories about people describing a happy childhood growing up on a cotter’s holding. In many instances, the husmann was related to the family on the main farm. It could be a daughter or a son who with their families were given a portion of land to settle on.

Just like today, there were both good and bad people. Some farmers treated their cotters badly, others with the utmost respect. The farmer also relied on having a good and reliable workforce. Many farms were in isolated locations, and the farmer family and the cotter families relied on each other.

In the old Norwegian farming society, owning land – or having a farm tenancy for life – was important. The farm was also your pension, and security if you got sick. When the next generation took over, they also took on the responsibility to look after the previous owners until they passed on. The biggest vulnerability for the cotter was not owning any land. If he got sick, or died, his family risked eviction. But just like the tenant farmers, many cotters also had contracts for life, which included their spouses.

Did you see this one?
Bergen | historical city once plundered by pirates | Norway

During the 1800s, the growth of the Norwegian population almost exploded. This put a lot of strain on the society-structure of the day. In Norway, the industrial revolution came late, and there were still no other main livelihoods large enough to absorb the increased number of people. The number of cotters rose dramatically.

In 1855, the overall population had grown to 1.5 million. And in the year 1900, it was 2.2 million. The significant population increase – and the lack of possibilities for social expansion – coincided with the opening for mass immigration to North America. Somewhere between 750,000 and 1 million Norwegians chose to emigrate, mainly during the second half of the 1800s and the early 1900s. Many of the emigrants were cotters, who saw no future within a crowded society structure. For many, the dream of owning their own land was what drove them across the ocean to a land far away.

In the early 1900s, Norwegian society started to change and open up. Just like the tenant farmers, a century or more before, many cotters now purchased the land they lived upon. Today, we often refer to these old bought-out cotter’s holdings as småbruk – smallholdings. As the industrial revolution took hold, many people moved to the cities. The industrialisation of agriculture also meant that there was less need for manual labour. The role of the cotter faded and disappeared. Many of the old cotter’s holdings were abandoned and returned to the main farm.

Today, Norway is a dramatically changed society, with more than 80% of the population now living in cities or urban communities.

END_OF_DOCUMENT_TOKEN_TO_BE_REPLACED

END_OF_DOCUMENT_TOKEN_TO_BE_REPLACED
Go to our homepage