Horse history in the land of the Vikings vol 1 | Norway

The horse settled in the Scandinavian landscape after the last ice age. Let us meet this majestic animal - and follow in its footsteps.
LA Dahlmann | talk NORWAY 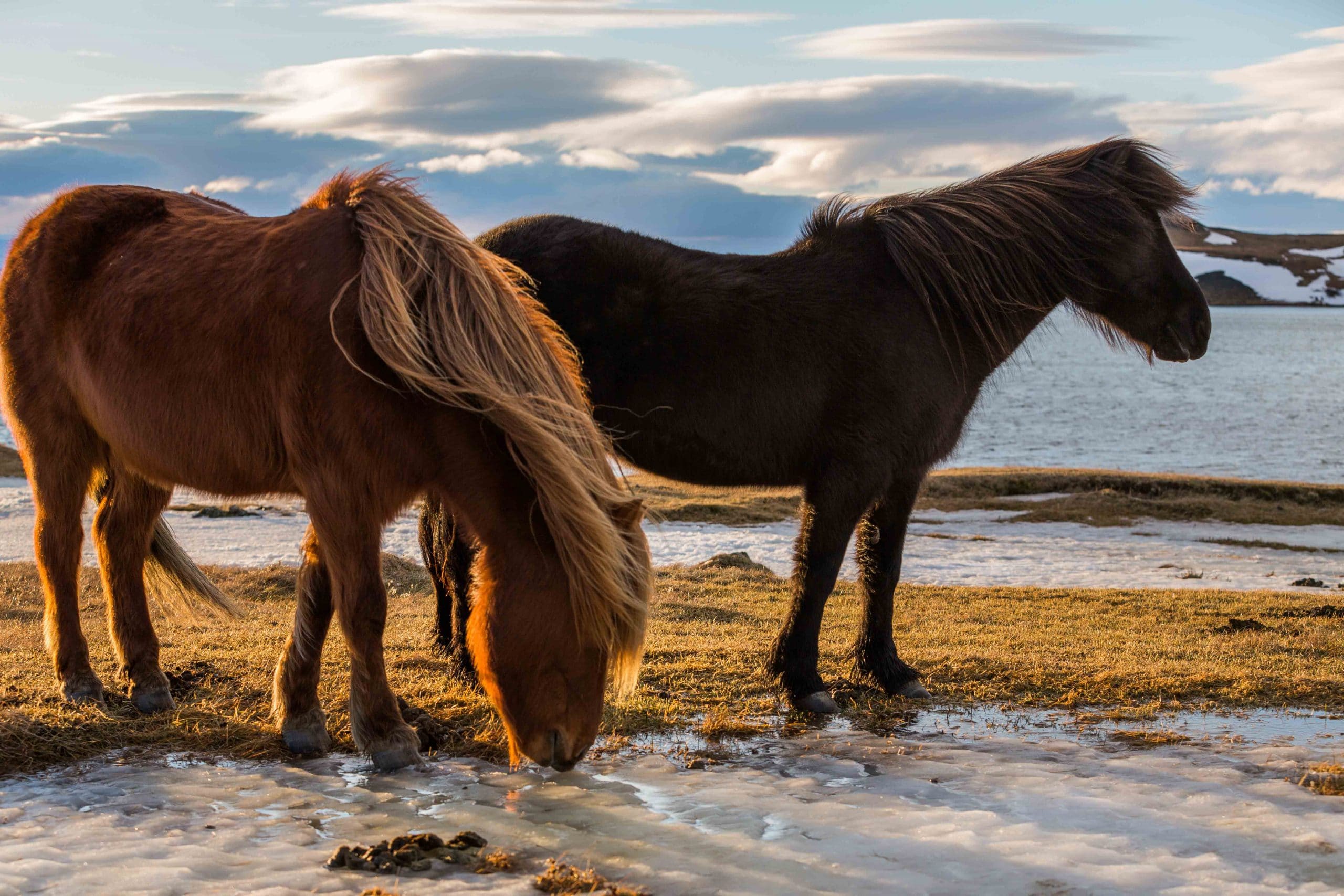 Today’s Norwegians only know the horse as an entirely domesticated creature. The truth is that it once roamed wild in the Scandinavian landscape, for thousands of years – before man made it his dependable and powerful servant.

The horse that we see worldwide today, with all its variations, evolved over millions of years.

Its wild forebears had their main habitat on the plains and steppes of America, Europe, and Asia. The vast, open grassland allowed a quick flight when predators were closing in.

The horse appeared in the Norwegian landscape sometime after the last ice age.

Norway, with its steep mountains and hills, could not be further away from the horse’s original environment. Nevertheless, with the passing of the millennia, it adapted incredibly well.

The lost world of Doggerland

South-west of the Scandinavian peninsula, a large section of what today is the North Sea and the English Channel was once dry land. Today, we call this sunken territory: Doggerland.

This undulating landscape connected the British Isles to the rest of the European continent.

The woolly mammoth, the deer, and the wild Tarpan horse all grazed here at one time. Trawlers still find old bones caught up in their net on this stretch of the ocean floor.

Forced out by rising water levels, the sturdy Tarpan migrated to wherever there was dry land: the British Isles, Scandinavia, and otherwise the European continent.

The Tarpan was the forebear of the many European horse breeds that later developed. The individuals in the various locations adapted to climate, terrain, and the availability of food. 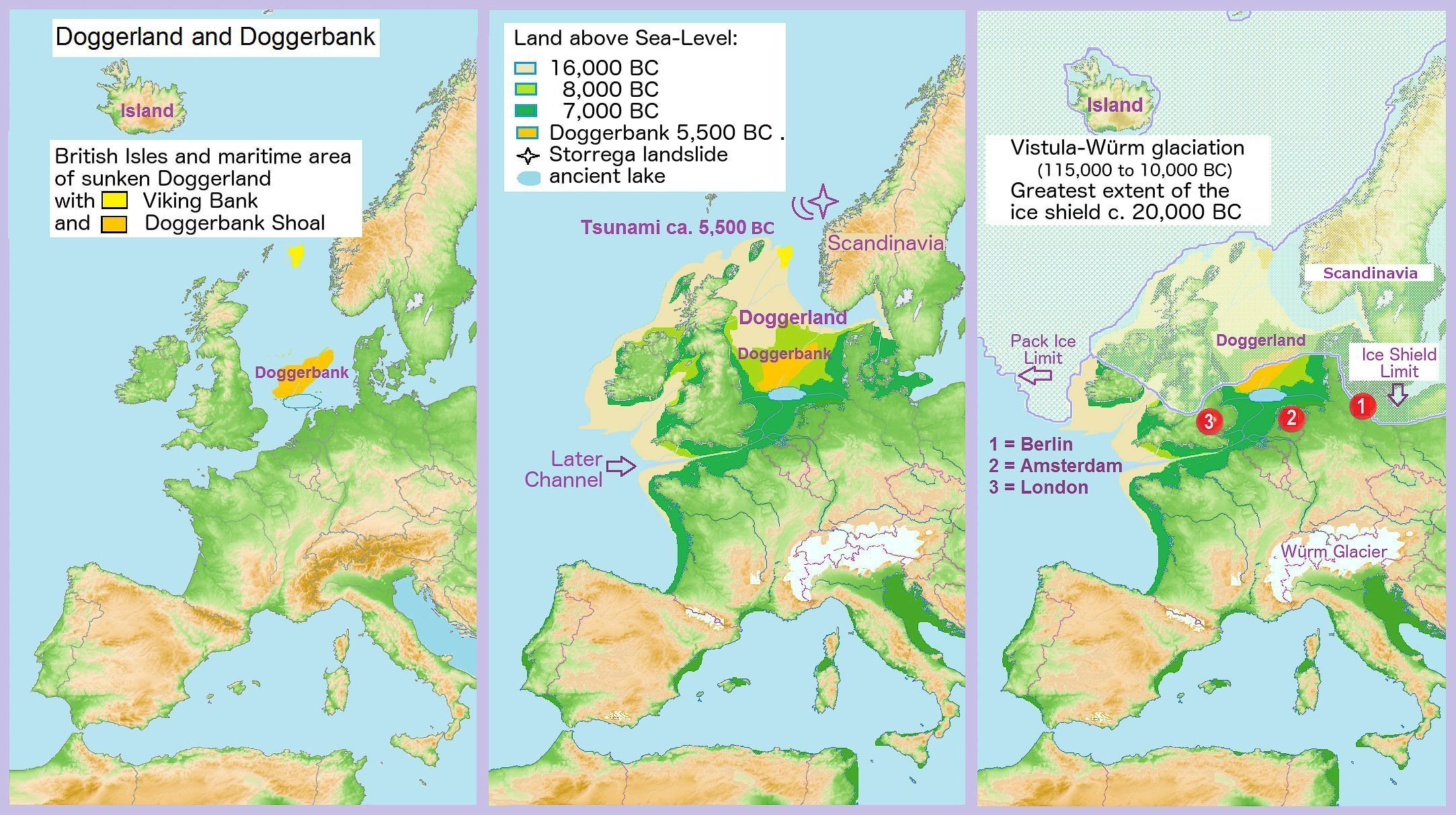 Not a large animal

The wild horse was small and hardy – and came in all colour variations; just like the Icelandic horse today.

During summer, it would feed on the lush, green grass, getting fat and ready for a long and frosty winter.

A thick, woollen coat would protect it against the cold and the harsh winter storms.

The first humans found their way to the Norwegian landscape, some 12000 years ago.

The horse was by no means a stranger to the early people. Long before the ice disappeared from the Scandinavian peninsula, cave depictions in southern France and Spain linked man and horse. This beautiful artwork dates back to around 30,000 BC.

The first Norwegians were hunters and gatherers. They followed the migratory food-sources; along the shoreline, and between the coast and the inner landscape.

In the beginning, the horse was a regular prey – as was the reindeer, the boar, the aurochs (a type of cattle) and other species. The humans also harvested fish and other food from the ocean.

The Norwegians domesticated the wild horse some 3000 years ago. Taming a wild animal is a skill. It is likely that the knowledge and the techniques came from other parts of the European continent.

Humankind is itself a mammal, and the ability to enlist other species in its service is quite an extraordinary development.

The horse carried both people and their belongings on its back. By attaching an A-shaped frame, like the travois used by the Native Americans, the horse could transport even heavier loads, over long distances. 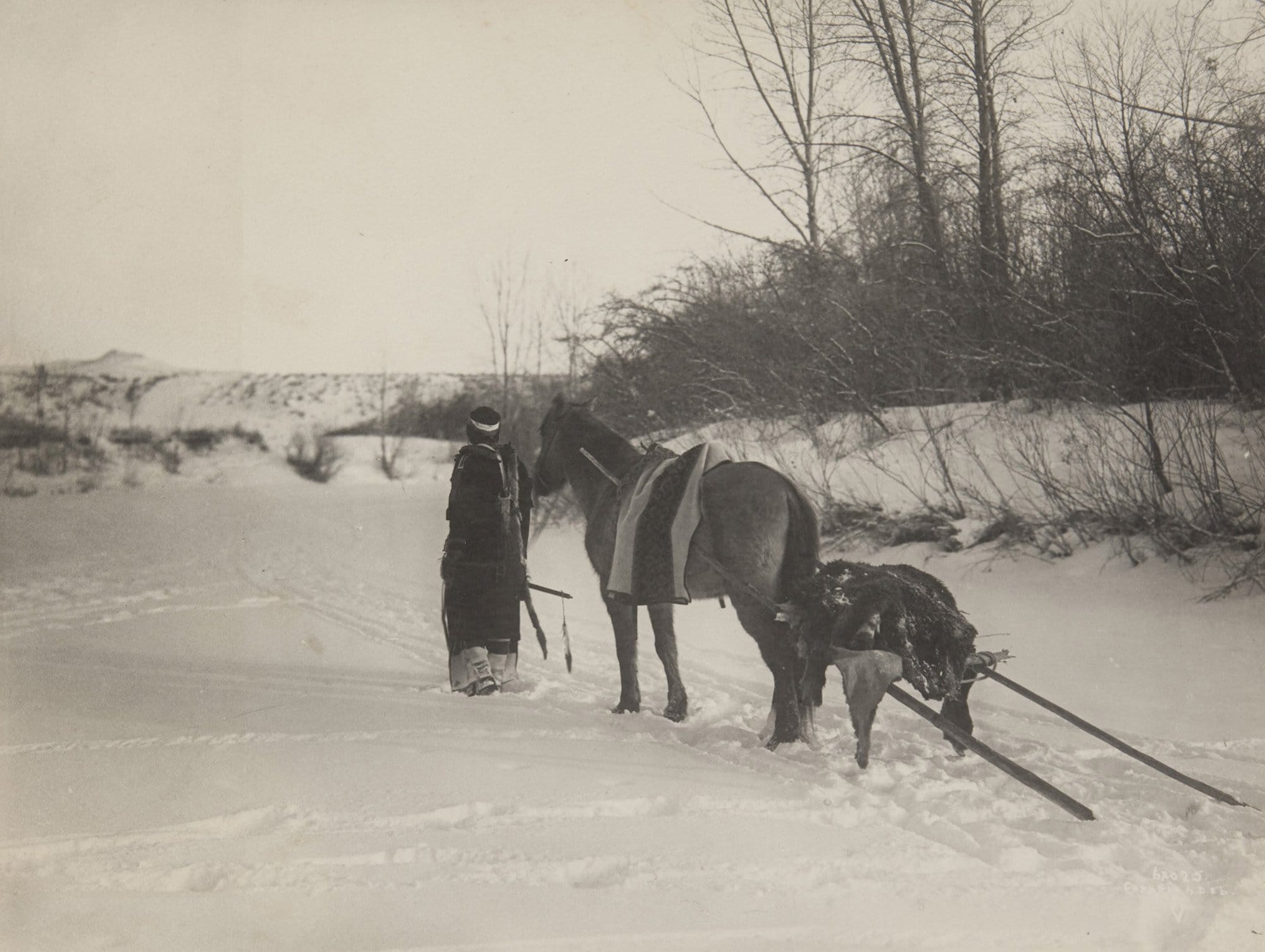 The Norwegian horse in agriculture

As times changed, the horse took on new tasks. Despite being small, these early individuals were exceptionally strong. They helped to clear new land; hauling large logs and heavy stones. Later, it would pull the primitive plough – the ard – through the field.

All through history, taking care of the horses was mainly the men’s domain. In recent years, Trygve Sandaker reminisced from his childhood in the early 1900s: «Just like my mother was the master of the cowshed, my father was in charge of the stable and the horses.»

He went on to say: «My father had a deep respect for the horses and the role they played on the farm. We were usually not allowed to ride and play around with the horses. Unless they were at work in the fields or otherwise, they were to be left alone to rest and recuperate; either in the stable or on the pasture with their mates.»

«Sometimes, my father would sit in the stable, in front of a small window, reading his bible. He had a close connection with his majestic work companions. The horses stayed with us for many, many years, and almost became part of the family.» 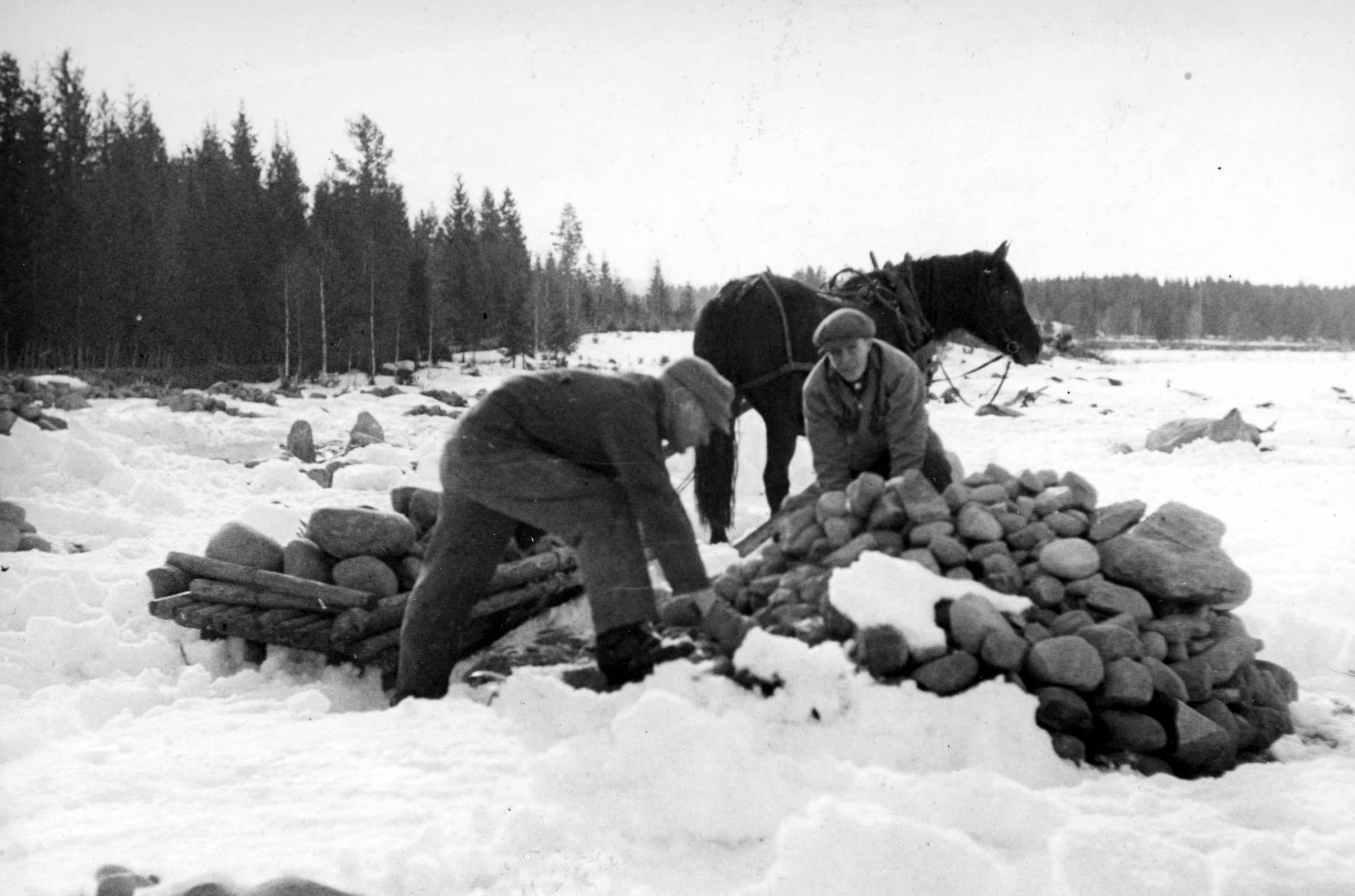 In old Norse mythology, the horse was a friend and helper of the gods.

The chief god himself, Odin, had his eight-legged steed, Sleipnir, who ran across the sky.

When the humans died, their horse sometimes followed them into their grave and from there to the afterlife. The more important the person, the more horses.

When excavating the Oseberg burial mound in the region of Vestfold, dating back to the 800s, the archaeologists found the remains of no less than 15 horses. They also found a full-sized and well-preserved Viking ship and a beautiful ceremonial wooden horse carriage. Today, you can see these magnificent treasures at the Viking Ship Museum in Oslo.

Sacrificing the horse to the gods was an essential part of ancient religious practices. With Christianity, around the turn of the first millennium AD, came a complete ban on such heathen behaviour.

The Church also declared eating horse meat a mortal sin. Even today, many Norwegians refuse to eat horse meat, not always entirely sure of why. 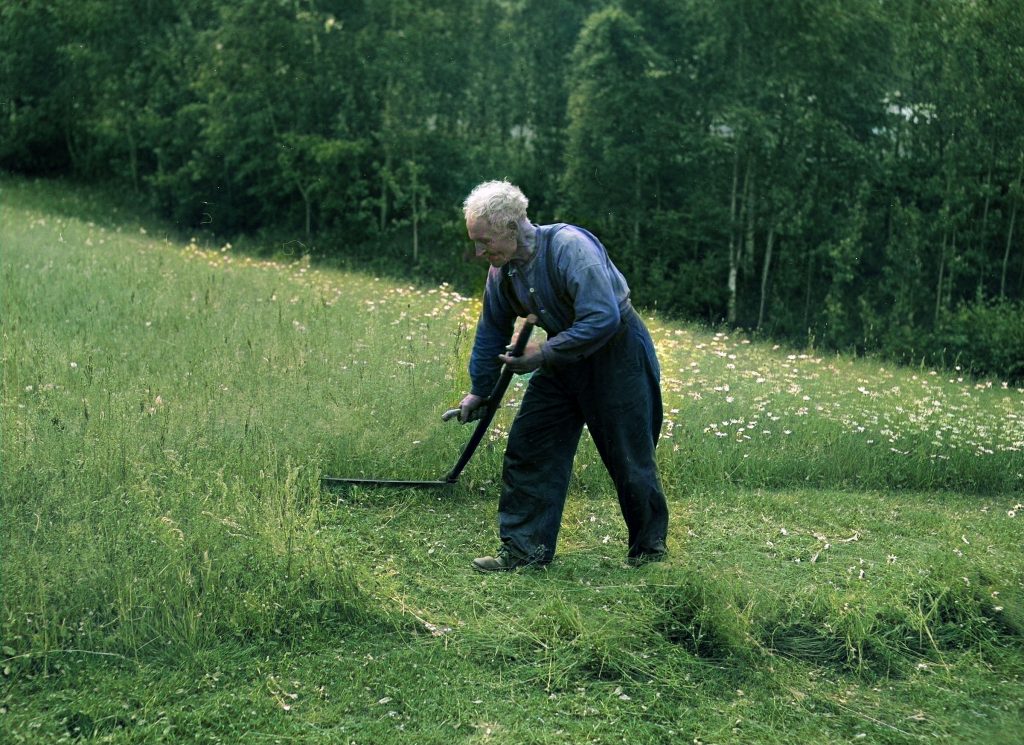