Homestead | the old farm and the need for water | Norway

The old Norwegian farm needed hundreds of litres of water every single day: for food-making, cleaning, and human and animal consumption.

When the water came from the well

The Norwegian landscape has an abundance of lakes, flowing rivers, creeks, and natural springs. If there was no water on the surface, people dug a well to get to the water underground. In the so-called industrial world, water is something that comes out of a tap. Little do we reflect on where the water comes from – or how reality was for our ancestors less than a century ago. As late as in 1939, only half of the Norwegian barns – and one-third of the Norwegian kitchens had access to tap water or a water pump. The rest of the population did what people had done since the beginning of time: they carried their water in buckets from the nearest source. A job that on a larger farm could take several hours every single day – and that had to happen in all weathers.

A job for the women

Someone described the women’s traditional role as overseeing the chores closest to the fire. The use of water links to tasks like preparing the food, washing the family’s clothing, and cleaning in general. Before the industrialisation of agriculture, the women also looked after most of the domesticated animals. The animals were the most significant water consumers. One cow alone can drink more than 50 litres every day. 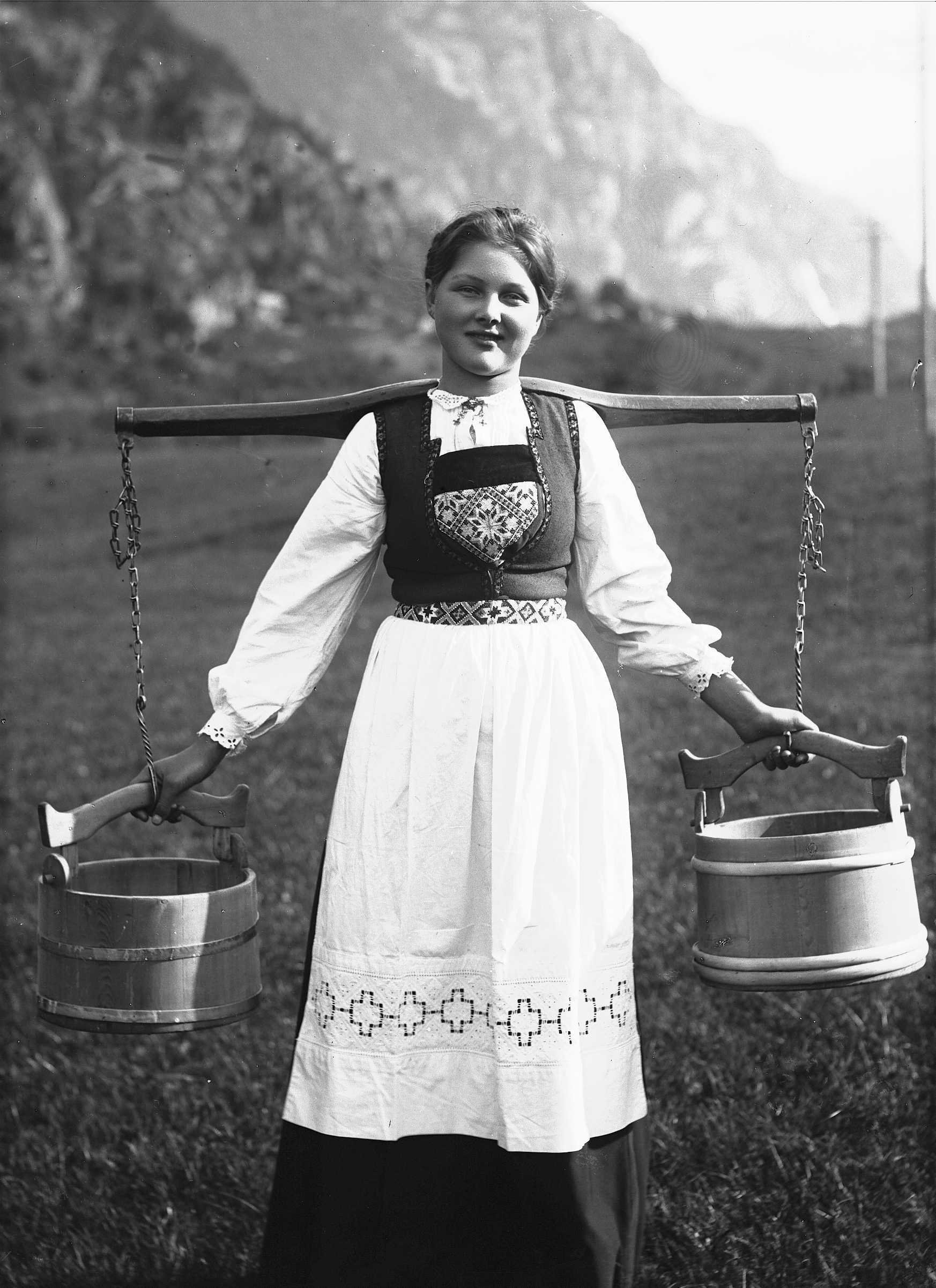 From Haram in Møre og Romsdal came this story about winter: – People often had to carry the water for the livestock twice: first to the cookhouse to warm it up – then to the animals in the barn. The large wooden buckets held 16-17 litres each, and were very heavy. It was no joke being a servant girl in those days. Kari Gården Strømsborg from Meldal in Trøndelag remembered a well on the farm where she grew up: – We had this particular natural spring – under a Norwegian Spruce tree – that never froze. Not even during the coldest of winters. 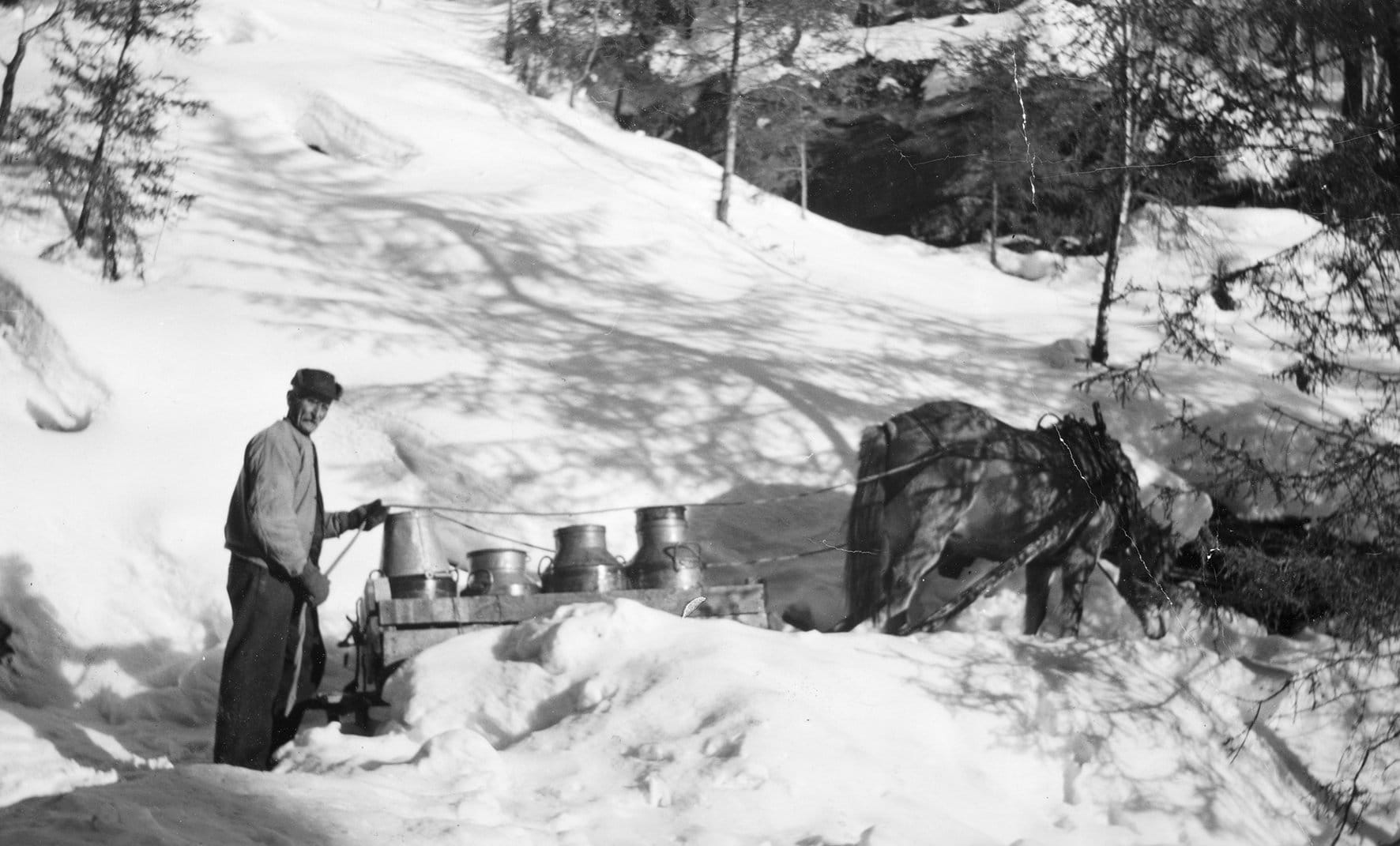 As far as water was concerned, summer was the more relaxed time of the year. The domestic animals left their dark and crowded barns, and enjoyed a happy few months in the Norwegian forests and mountains. Now and then, even Norway experiences dry summers. Wells may run dry, but rarely does it mean anything more than that people and animals must walk a bit further every day to find their water. Trygve Sandaker from Råde, Østfold told us about a spring in the neighbours’ field that never went dry. Not even during the hottest of summers. On many Norwegian farms, there was – and still is – an artificially made pond close to the farmyard – securing the water supply. 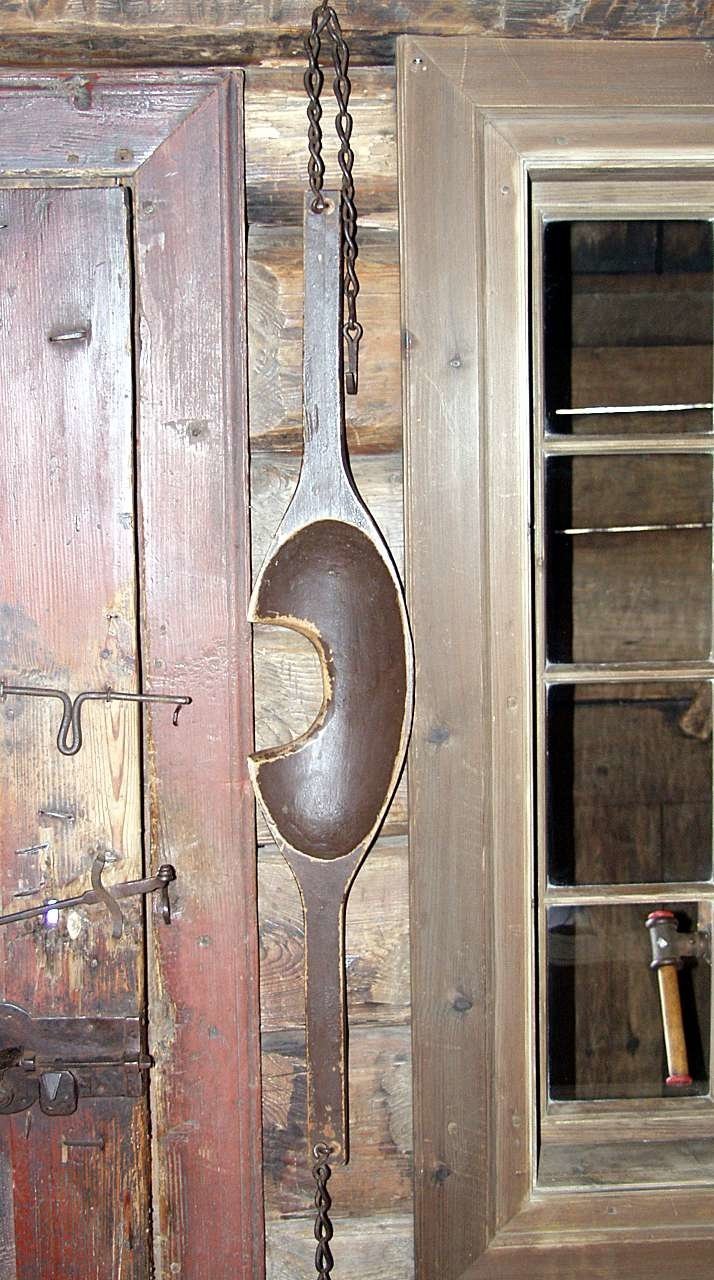 Sometimes, local mavericks found ways to ease the daily workload. Marie Natskår – born in Suldal, Rogaland in 1893 – told about how her grandfather installed running water in the barn even before she was born: – The landscape surrounding our family farm was steep, with naturally running water. My grandfather utilised the forces of gravity. He made carved-out wooden pipes, leading the water from a nearby creek and into the cowshed.

END_OF_DOCUMENT_TOKEN_TO_BE_REPLACED

END_OF_DOCUMENT_TOKEN_TO_BE_REPLACED
Go to our homepage