The Heddal stave church - stavkirke - is Norway's largest remaining building of its kind. It is a woodwork masterpiece, with a history that stretches back more than 800 years. 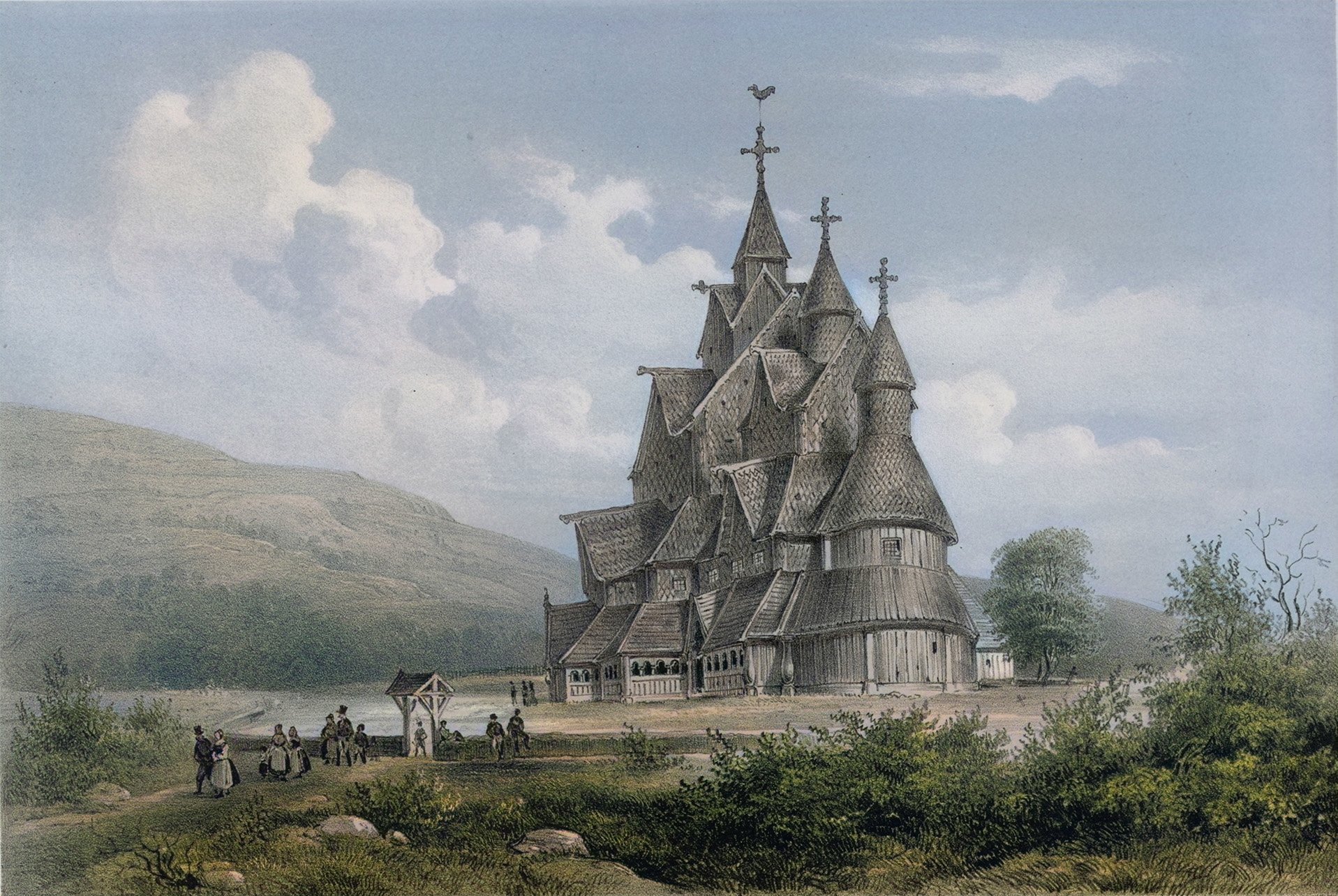 A house of the new religion

Christianity came to Norway with the Viking kings, around the turn of the second millennium AD. The Norwegian kings and the Catholic Church did its best to destroy the old Norse beliefs and places of worship. The new faith was forced through, and wooden- and stone churches were erected across the country. Throughout its history, the Heddal stave church has undergone many stages of additions, refurbishments, alterations, and restorations. Its oldest elements are believed to be from the 1100s, but the construction of the main part of the church probably took place a century later.

A church with many names

The Heddal stave church – not to be confused with the Hedalen stave church – is historically also known as Hitterdals stavkirke, Hitterdals Mariakirke, and Ryen kirke i Hitterdal. The name Ryen – or Rygin – comes from the historical farm whose land it was built upon. And Hitterdal was the previous name of the community of Heddal. Maria is the Norwegian name for the Virgin Mary – Jomfru Maria. Old rune inscriptions indicate a possible consecration date of 25 October, possibly in AD 1242. The earliest written mention of the church is from the year AD 1315. Today, the church is a popular tourist attraction, but is still also in active use – for services, weddings, and more.

The legend of how the church was built

A building as old as this one will always be surrounded by legend. And being Norwegian, the story of the church’s creation will, of course, include a troll. This is how the legend goes: «When Norway was introduced to the Christian faith, the people of Heddal also wanted to build their own church. A man called Raud Rygin – Red Rygin – was given the task of heading up the process. He is believed to have been the owner of the farm Ryen – Rygin.

As Raud pondered on how to best execute his mission, a stranger came to him and offered his help. The stranger promised to erect and complete the church if Raud fulfilled one of the following three conditions: (1) plucked the sun and the moon out of the sky, (2) let his heart’s blood run, or (3) guessed the stranger’s name. If he failed, the stranger would cut out Raud’s Christian heart. Raud Rygin was sure that he could guess the stranger’s name by the time the church was completed, and chose to go for option 3.

The stranger started his work with full force. On day one, all the building material was ready on the site. On day two, the church’s main tower was up. And on day three, the work was all done. Raud had not expected such speed and was sick with worry. It was when he was out walking in the nearby landscape, pacing to and fro, desperately trying to guess the stranger’s name, that he heard a song from inside a mountain; it was a troll-mother soothing her child.

And this is how it came to pass that the mystery was solved: the stranger’s name was Finn, and he was a disguised troll from inside the mountain. Raud Rygin hurried back to the church and went inside. He hit one of the wooden pillars with his fist, and said to the stranger next to him: «This pillar is not entirely straight, my good man Finn!» When the troll heard his name mentioned, he was furious and stormed out of the church and up a hill. From there, he threw 5 boulders towards the church. Luckily, they did not hit. The people of the community quickly got the church bells ringing, and the troll could not stand its intolerable, Christian clang. It soon upped sticks with its family, and moved to a mountain far away.»

The Heddal stave church is located 5 kilometres west of today’s town of Notodden – in the region of Telemark. In contrast to many other churches, the building is not set on a hill, but on the flatlands close to the river Heddøla. This was to make the church more accessible from both sides of the river, and by boat from the areas surrounding the nearby Lake Heddal. After a visit in AD 1595, Bishop Jens Nilssøn left the area by boat down the Heddøla.

The stave churches were in the hundreds

At one time, Norway had several hundred stave churches – stavkirker; maybe as many as 750. They were of all sizes and complexities. Today, there are only 28 left. Heddal is the largest, albeit not the oldest, which is the Urnes stave church in Luster, Sogn. The current altarpiece is from 1667. And the most recent major restoration work took place between 1952 and 1954, when elements of the church were restored back to its medieval appearance.

In today’s Protestant Norway, most people tend to forget that many of the country’s oldest churches were part of the Roman Catholic church for centuries. The Lutheran Reformation in Denmark-Norway took place in 1537, which means that the Heddal stave church was a Catholic house of worship for 300 years.

Well worth a visit

If you are ever in the area, we strongly recommend a visit. The church is open for tourists from early May to late September. In addition to the splendour of the church itself, there is an open-air museum close by, and an exhibition hall and a café in the barn right next door. And just outside the churchyard wall, you will find the small bell tower – the støpul. Visit the Heddal stave church website to find more details.

END_OF_DOCUMENT_TOKEN_TO_BE_REPLACED

END_OF_DOCUMENT_TOKEN_TO_BE_REPLACED
Go to our homepage