One of the oldest Norwegian instruments is the birch trumpet. But is it really an instrument at all - or did it originally have a completely different purpose? 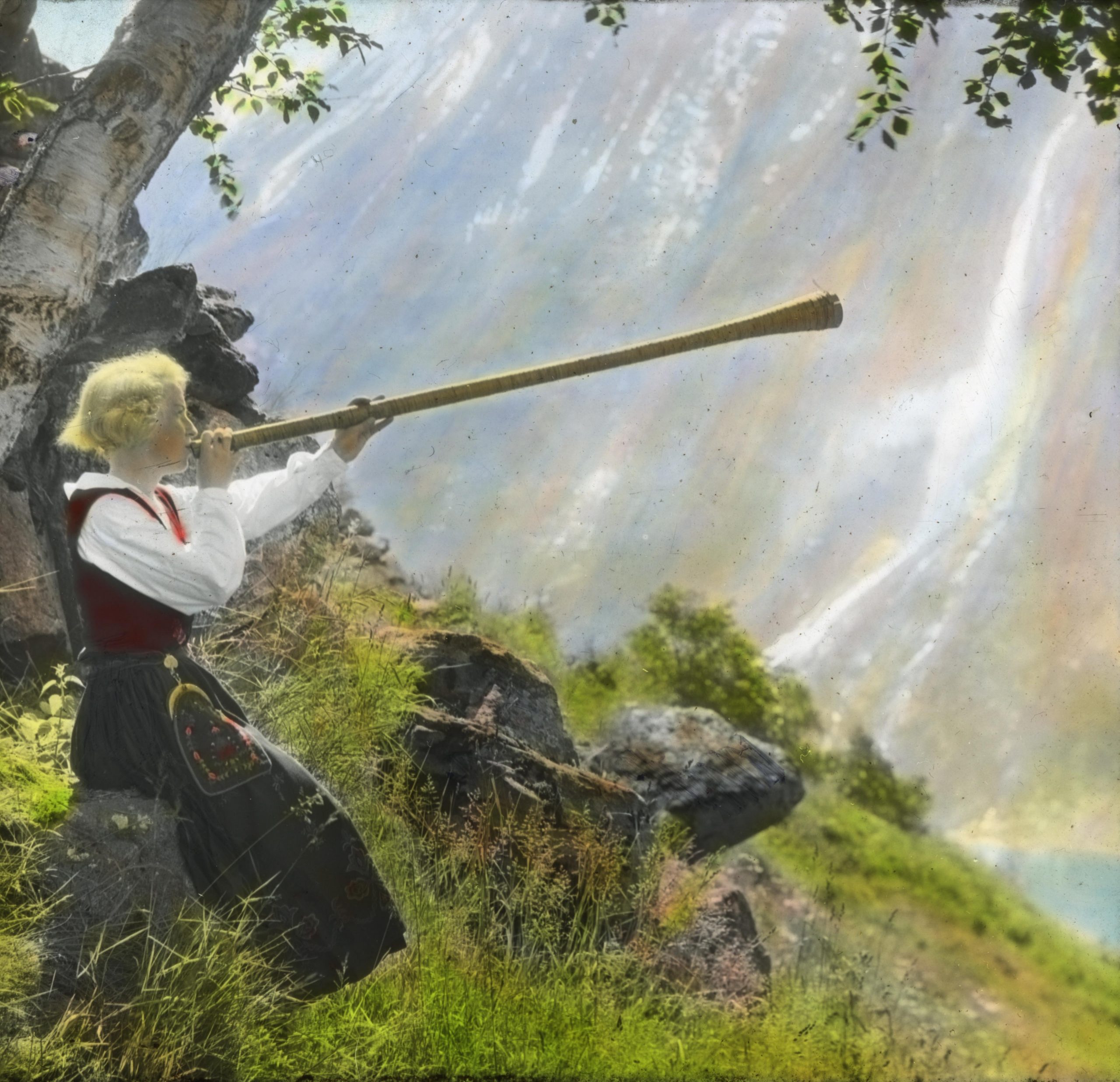 Since time immemorial, humankind has used sound as a means of communication: to signal danger, to pass on a message, to call people and domesticated animals home, to scare off enemies and wild animals, to express emotion – and for ritual communication with the great unknown. As our ancestors evolved, so did the use of sound and sound-tools. Let us take a closer look at one such tool: the ancient birch trumpet. Or as the Norwegians call it: the lur.

Simply put, the lur is a hollowed-out piece of wood, designed to create a loud sound. It is narrow at one end and wider at the other. By blowing air into the narrow end – at the same time as shaping and vibrating one’s lips – sound is created and further enhanced on its journey through the hollow wood-pipe. The sound is similar to that of a trumpet – and can be heard over long distances. The longer the lur, the more tones it creates. Tones are solely generated by the shape of the player’s lips, and the pressure of the airflow coming from her lungs.

A long and a short version

Historically, there have been both a long and a short version of the lur. (1) The short version is a hollowed-out whole piece of wood. (2) The long version is made from a young tree trunk or a branch – split into two halves – hollowed-out – and then put back together again. The outer surface is often clad with birch bark.

In Norwegian folklore and historical storytelling, the instrument is strongly associated with the lonely existence of the summer dairy milkmaid and the young herder girl or boy. Every summer, the milkmaid and the herder took the animals out into the woods or up into the mountains – and lived there alone in simple seasonal abodes until the autumn. Living alone with the farm animals could be dangerous in areas with aggressive predators – like wolves and bears. Usually, people did not have weapons. Instead, they used noise to scare unwanted intruders away. The lur was one such weapon of sound. The milkmaid communicated with other nearby milkmaids by blowing the horn – and – depending on distance and topography – also with the people back home at the main farm. She also sounded the lur to call the herder and the domestic animals back for milking in the late afternoon. Maybe it was during her limited spare time in the evenings that she started creating simple tunes with the crude instrument; expressing loneliness and longing; turning the lur into more than just a practical tool.

The meaning of the word

The word lur comes from the old Norse lúðr and simply means a hollowed-out tree trunk or branch. When hearing the word lur, most modern-day Norwegians think of a fog horn – a tåkelur. Today, the sound guiding the seafarers lost in the fog comes from automated machines. But once upon a time – a man or a woman blew the horn – like a human beacon of sound – helping the sailor to find his way to safety.

In 1894, Norwegian archaeologists found 2 bronze trumpets outside the city of Stavanger, dating back some 3000 years. The wooden version of lur is believed to predate these metal instruments by millennia.

Is the birch trumpet still in use?

Today, only enthusiasts and folk music groups play the instrument, keeping the traditions and the old tunes alive. Sadly, the milkmaids and the young herders are long since gone. If you search the internet, you will find video-examples containing the birch trumpet’s sound, an ancient link back to our distant ancestors. And if you close your eyes and listen carefully – you may hear their laughter, and see their smiling faces appear before your very eyes.

END_OF_DOCUMENT_TOKEN_TO_BE_REPLACED

END_OF_DOCUMENT_TOKEN_TO_BE_REPLACED
Go to our homepage