Facts | what does the name Norway mean?

A loved child goes by many names, says a Norwegian expression. This certainly applies to the country Norway. But what does the name really mean? 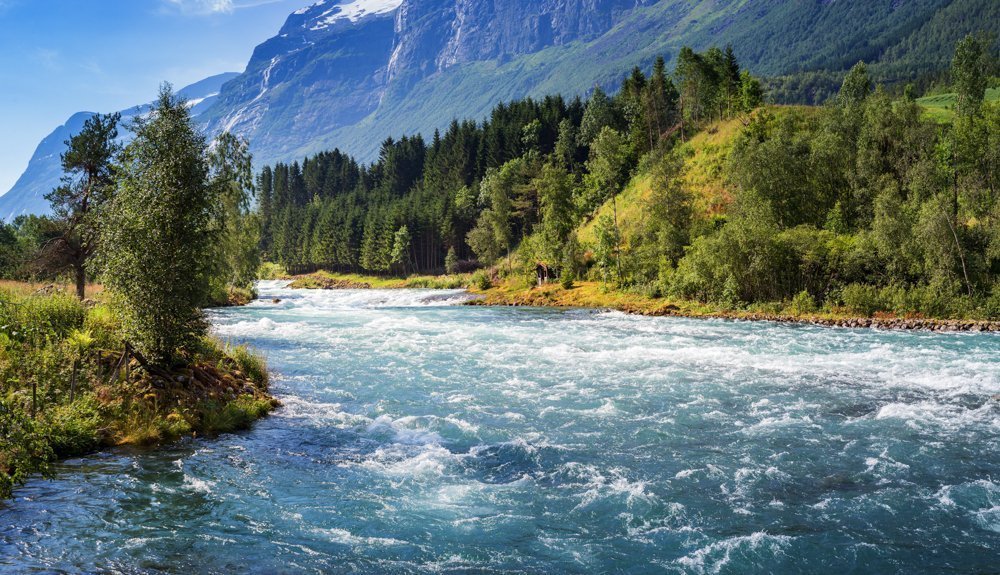 Today, the official name of the country is The Kingdom of Norway. But let us start by looking at what the Norwegians themselves call their country:

In English the name is Norway, in German Norwegen, in French Norvège, in Spanish Noruega – and in Italian Norvegia, just like the most excellent Norwegian cheese.

The land to the north

The most common interpretation of the name is the land to the north, the northern way – or – the way leading to the north.

By looking at Norway on a map, with its long-stretched coastline leading north, such a meaning makes much sense.

However, according to linguists, there is also a possible second and third interpretation.

The land of the narrow fjords

In 1847, the student Niels Halvorsen Trønnes claimed that Norge is based on the Old Norse word nór, in this context meaning narrow inlet or channel.

According to the Cambridge dictionary, the word inlet is a narrow strip of water that goes from a sea or lake into the land or between islands.

When we think about Norway, with all its fjords, such an interpretation certainly makes sense too. In recent years, this second meaning has gained support.

Or was it named after King Nor?

Einar Haugen’s dictionary translates the Norwegian dialect word nor into the English word mite – as in infant or small child. Michael Schulte, a linguist at the University of Agder, opens up a possible connection between (1) this meaning of the word nor – (2) the name Norge – and (3) the mythological King Nor. King Nor was a man of small stature, a short man: a nor.

According to the History of the Earls of Orkney – King Nor was the founder of the first Norwegian kingdom. Maybe it was a reference to his land that was the origin of the name Norge?

The exact connection we may never know, but the above snippets of information and theories will nevertheless help tickle our imagination.

Are you interested in more Norway facts? Try our Norway quiz vol. 1 | what is the name of the capital city?