Christmas | 24 postcards from the land of Norway

With Christmas comes the turning of the sun, and the promise of a new year. Enjoy these traditional and vintage Norwegian Christmas cards - 24 in all. 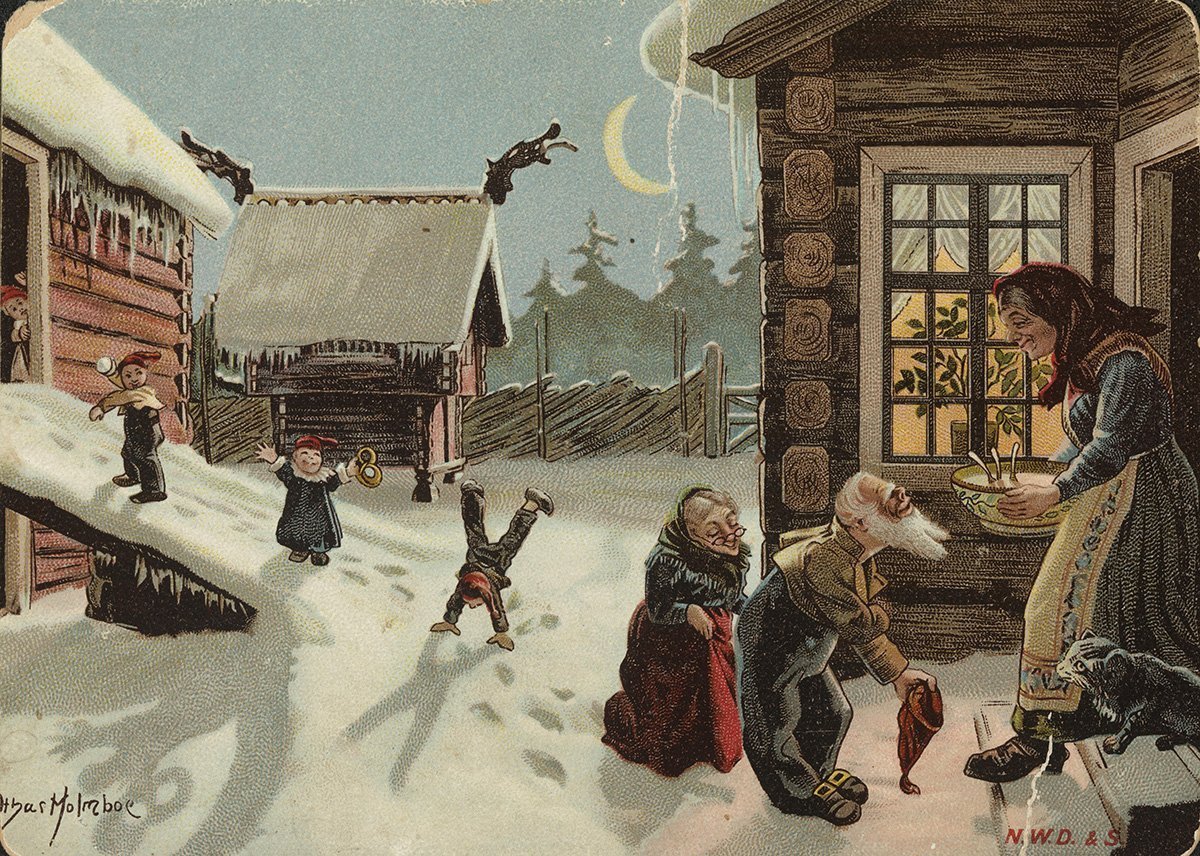 The nisse-family coming out from the barn to get their Christmas porridge. | Artist: Othar Holmboe - Damm cc pdm.

In this advent calendar of images, you will find 24 examples of how artists and photographers have interpreted the spirit of the Norwegian Christmas.

The nisse, one of the most familiar creatures of Scandinavian folklore, is a frequent guest in many of the pictures. It is a being with roots stretching far back into the depths of history, long before the introduction of Christianity, around the turn of the second millennium AD.

Did you see this one?
Ice export | a booming business for more than a century | Norway